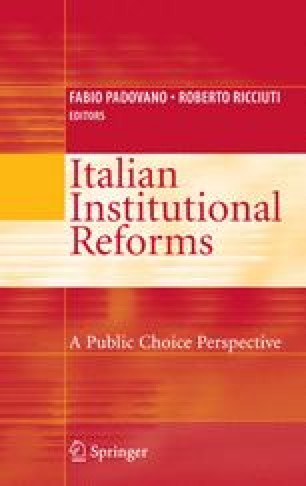 Laws and Legislature Size in Italian Regions: Which Will Be the Effect of an Increase in the Number of Legislators?

We analyze the effect of differences in legislature size on the number of laws enacted in Italian regions and the relationship between regional public expenditure and laws. According to the theory, legislature size has an indefinite effect on these variables because logrolling and transaction costs may have canceling effects. We find a significantly negative effect of the number of legislators on laws. We also uncover a strong political-cycle effect, which increases legislation in voting years. We use these findings to forecast the effects of the increase in the number of legislators that is taking place in most regions.