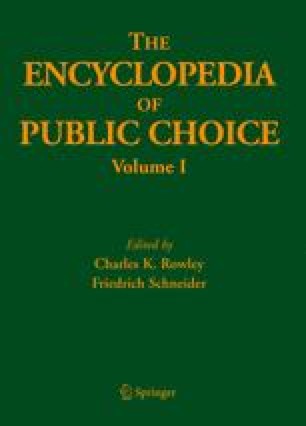 The Efficiency of the Common Law Hypothesis

An important premise of law and economics is that the common law (i.e., judge-made law) is the result of an effort, conscious or not, to induce efficient outcomes. This is known as the efficiency of the common law hypothesis. According to this hypothesis, first intimated by Coase (1960) and later systematized and greatly extended by Posner (e.g., Ehrlich and Posner, 1974; Posner 1994), common law rules attempt to allocate resources efficiently, typically in a Pareto or Kaldor-Hicks efficient manner. Common law rules are said to enjoy a comparative advantage over legislation in fulfilling this task because of the evolutionary selection of common law rules through adjudication and the gradual accretion of precedent. Several important contributions provide the foundations for this claim. However, the scholars who have advanced theories in support of the hypothesis are often in disagreement as to their conceptual basis.

Public Choice Dispute Resolution Legal Rule Legal Dispute Repeat Player
These keywords were added by machine and not by the authors. This process is experimental and the keywords may be updated as the learning algorithm improves.
This is a preview of subscription content, log in to check access.