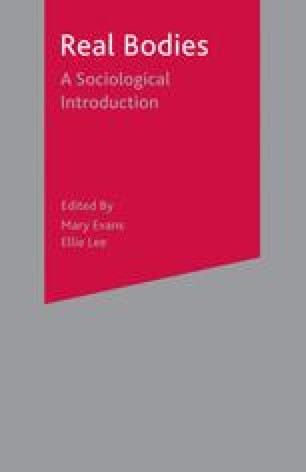 What does it mean to describe bodies as ‘racialized’? The term ‘racialized bodies’ invites us to think of the multiple processes whereby bodies come to be seen as ‘having’ a racial identity. One’s ‘racial identity’ is not simply determined, for example, by the ‘fact’ of one’s skin colour. Racialization is a process that takes place in time and space: ‘race’ is an effect of this process, rather than its origin or cause. So, in the case of skin colour, racialization involves a process of investing skin colour with meaning, such that ‘black’ and ‘white’ come to function, not as descriptions of skin colour, but as racial identities. The term ‘racialized bodies’ has another implication, of course. It suggests that that we cannot understand the production of race without reference to embodiment: if racialization involves multiple processes, then these processes involve the marking out of bodies as the site of racialization itself.

Black Woman Black Body Racial Identity Social Space Bodily Space
These keywords were added by machine and not by the authors. This process is experimental and the keywords may be updated as the learning algorithm improves.
This is a preview of subscription content, log in to check access.