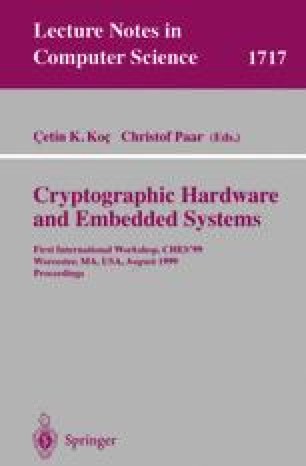 Most of the data transmission networks used today are based on the technology of the Synchronous Digital Hierarchy (SDH) or Synchronous Optical Networks (SONET) respectively. However rarely, they support any security services for confidentiality, data integrity, authentication or any protection against unauthorized access to the transmitted information. It is the subscriber’s responsibility to apply security measures to the data before the information is passed on to the network. The use of encryption provides data confidentiality. This, however, requires consideration of the underlying network technology. The method described in this paper allows the use of encryption in broadband networks. The advantages of this method are the transparency of the encryption applied to the signal structure and signal format, and the automatic resynchronization after transmission errors. The used mode of operation, is called “statistical self-synchronization”, because the synchronization between encryption and decryption is initiated by the presence of a certain bit pattern in the ciphertext, which occurs statistically. An encryption device, designed for SDH/SONET-networks with transmission rates of 622 Mbit/s, is to be presented.