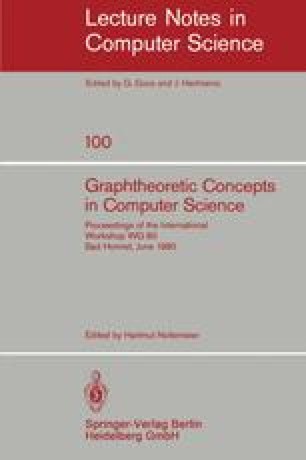 Bounding the bandwidth of NP-complete problems

We study in this paper how the computational behaviour of NIP-complete graph problems is influenced by imposing a bound on the bandwidth. We show:

Schedule Problem Polynomial Time Turing Machine conjUnctive Normal Form Graph Problem
These keywords were added by machine and not by the authors. This process is experimental and the keywords may be updated as the learning algorithm improves.

On leave of absence from Northwestern University, Evanston, Illinois