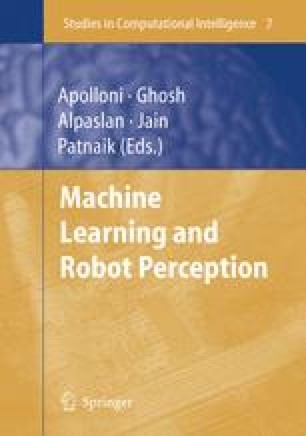 In the last few decades, constructing accurate three-dimensional models of real-world objects has drawn much attention from many industrial and research groups. Earlier, the 3D models were used primarily in robotics and computer vision applications such as bin picking and object recognition. The models for such applications only require salient geometric features of the objects so that the objects can be recognized and the pose determined. Therefore, it is unnecessary in these applications for the models to faithfully capture every detail on the object surface. More recently, however, there has been considerable interest in the construction of 3D models for applications where the focus is more on visualization of the object by humans. This interest is fueled by the recent technological advances in range sensors, and the rapid increase of computing power that now enables a computer to represent an object surface by millions of polygons which allows such representations to be visualized interactively in real-time. Obviously, to take advantage of these technological advances, the 3D models constructed must capture to the maximum extent possible of the shape and surface-texture information of real-world objects. By real-world objects, we mean objects that may present self-occlusion with respect to the sensory devices; objects with shiny surfaces that may create mirror-like (specular) effects; objects that may absorb light and therefore not be completely perceived by the vision system; and other types of optically uncooperative objects. Construction of such photorealistic 3D models of real-world objects is the main focus of this chapter. In general, the construction of such 3D models entails four main steps:

Range Image Iterative Close Point Object Surface Reference Coordinate System Laser Plane
These keywords were added by machine and not by the authors. This process is experimental and the keywords may be updated as the learning algorithm improves.
This is a preview of subscription content, log in to check access.