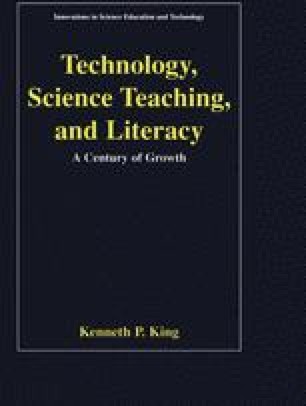 The evolving definition of scientific literacy has been evident through the practice of science education throughout the twentieth century. The notion that students should have a command of the content and processes of science has been in place for most of this century. What occurred as the century progressed was an expansion of the goal to include all students. In the 1950s, Hurd’s essay captured the essence of the need for a scientifically educated populace; by the 1990s,the idea of scientific literacy had formed the core of what science education should comprise.

Related to the evolution of the concept of scientific literacy was an observation by Bybee (1997) that one of the critical differences between the science education movements of the Sputnik era compared to those conceived during other times was that Sputnik era reforms were not organized through the development of policy statements. Most of the reforms of the 1960s tended to be curriculum packages and curriculum reforms, without the overarching structures of being part of a reform movement.

The reform movements of the 1980s and 1990s provided several competing, yet compatible views of the scientifically literate student. Reformers recognized the need for a scientifically educated student body, wise in the ways of science, technology, and society. A precise means of implementing the goals and policy remained a critical need through the end of the 1990s.

With the context of one hundred years of science education providing the background, we may now turn to an examination of technology and its applications in science education during this century. A “how to ”statement regarding the use of technology in the classroom was needed 100 years ago; it would still be of use today.How technology has been a means of enhancing scientific literacy provides the organizing principle for the remainder of this study. The assorted successes and failures using technology to achieve this end provide the narrative.

Science Education Scientific Literacy Science Teacher Content Knowledge Science Curriculum
These keywords were added by machine and not by the authors. This process is experimental and the keywords may be updated as the learning algorithm improves.
This is a preview of subscription content, log in to check access.