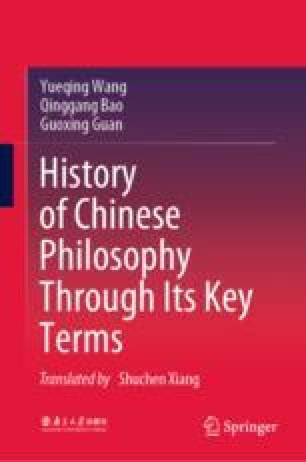 Cheng is a key concept in Confucian philosophy and its original meaning is sincerity, being authentic in one’s speech, one’s actions according to one’s words, and is connected with the concept of trustworthiness. The concept of sincerity (cheng) appeared quite early and was already widely used in the pre-Qin classics, such as the Book of Documents. Later, the Book of Changes, Great Learning, Doctrine of the Mean and Mencius have all discussed the concept, particularly the Doctrine of the Mean, which elevated it to the dao of heaven. Afterwards, it was also greatly elucidated by the Song dynasty school of principle, resulting in sincerity becoming one of the key concepts of Confucian philosophy and this had a profound impact on its development.