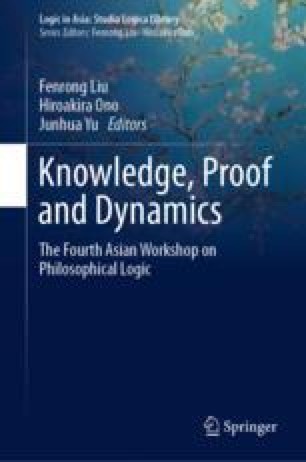 In classical logic, the move from propositional to quantificational is profound but essentially takes one route, following a direction we are all familiar with. In modal logic, such a move shoots off in many directions at once. One can quantify over things or over intensions. Quantifier domains can be the same from possible world to possible world, shrink or grow as one moves from a possible world to an accessible one, or follow no pattern whatsoever. A long time ago, Kripke showed us how shrinking or growing domains are related to validity of the Barcan and the converse Barcan formulas, bringing some semantic order into the situation. But when it comes to proof theory, things get somewhat strange. Nested sequents for shrinking or growing domains, or for constant domains or completely varying domains, are relatively straightforward. But axiomatically some oddities are quickly apparent. A simple combination of propositional modal axioms and rules with standard quantificational axioms and rules proves the converse Barcan formula, making it impossible to investigate its absence. Kripke showed how one could avoid this, at the cost of using a less common axiomatization of the quantifiers. But things can be complicated and even here an error crept into Kripke’s work that wasn’t pointed out until 20 years later, by Fine. Justification logic was created by Artemov, with a system called \(\textsf {LP}\) which is related to propositional \(\textsf {S4}\). This was extended to a quantified version by Artemov and Yavorskaya, for which a possible world semantics was supplied by Fitting. Subsequently Artemov and Yavorskaya introduced what they called binding modalities, by transferring ideas back from quantified \(\textsf {LP}\) to \(\textsf {S4}\). In this paper, we continue the investigation of binding modalities, but for \(\textsf {K}\), and show that they provide a natural intuition for Kripke’s non-standard axiomatization, and relate directly to the distinction between de re and de dicto. Unlike in Kripke’s treatment, the heavy lifting is done through a generalization of the modal operator, instead of a restriction on quantifier axiomatizations.

This chapter is in its final form and it is not submitted to publication anywhere else. I want to thank Felipe Salvatore, whose joint work with myself, Fitting (2017), and accompanying discussions helped lead to the present paper.