Deleuzian and Guattarian Approaches to Contemporary Communication Cultures in India 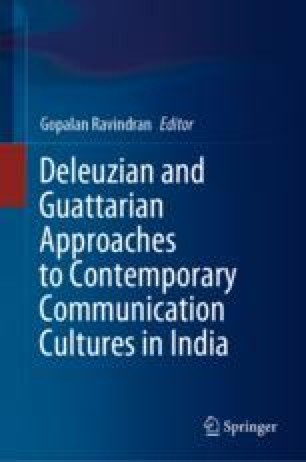 This chapter seeks to understand the spatial contexts of protests and the controls they evoked during the Jallikattu uprising between 8 January 2017–23 January 2017, on the sands of the second longest beach in the world, Marina, Chennai, Tamil Nadu. The protests were triggered by the ban on the post-harvest ritual sport of Jallikattu by the Supreme Court of India, in judgements supporting the pleas of ABWA (Animal Welfare Board of India) in 2014 (India Kanoon, 2014) and PETA, the international animal rights NGO, in 2016 (The Hindu, 2016). Jallikattu is observed to thank the elements of nature, in particular, the cattle which helped the farmers during the periods of cultivation and harvest. Jallikattu is held mostly during the harvest festival of Tamils, Pongal, in the Tamil month of Thai [mid-January–mid-February]. The ritual brings together humans and animals in celebration of mutual love and affection. The underlying logic of the ritual sport is meant to protect the native breeds of bulls and cows while keeping their genetic lines intact, beneficial and the economy of the rearing of bulls advantageous. The ritual sport is endemic to the areas in and around Madurai district. Two important venues of Jallikattu are Alanganallur and Palamedu. In other parts of Tamil Nadu, divergent versions such as Manjuviratu are played. These versions are held until the month of April in several districts. While Jallikattu is held in a semi-amphitheatre environment, where the skills of the bulls and youth are tested severely in a rather controlled semi-closed/open environment; in the case of Manjuviratu, the men are supposed to chase the bulls in the open spaces of the villages. Jallikattu players do not harm the animals. They only hug the hump of the bull to control it. But in Spanish bullfight, the bull is stuck with weapons and is killed after the fight. What happens to human bodies protesting for the cause of non-human bodies (native cattle) in spaces which have become emblematic of the post-Deleuzian control societies? The focus of this chapter is determined by this question and the possible observations. The least possible outcome in such an attempt is the emphatic answer, in the binary mode, which has to be resisted and erased. The paper argues that as the protests themselves appeared from nowhere, the answers cannot be expected to come from somewhere. This paper employs the Deleuzian and Guattarian (A thousand plateaus: Capitalism and schizophrenia. Minneapolis: University of Minnesota Press. p. xvi, 1987) notions of rhizome alongside the notions of production of space by Lefebvre (The production of space. Malden, MA:Blackwell, 1991) to conceptualize the framework of ‘rhizomatic spatialities’ in order to gainfully understand the spatial, ritual and communication locations of the uprising, which was quelled by force by the local police on 23 January 2016 in Marina beach and several protest locations across the state.