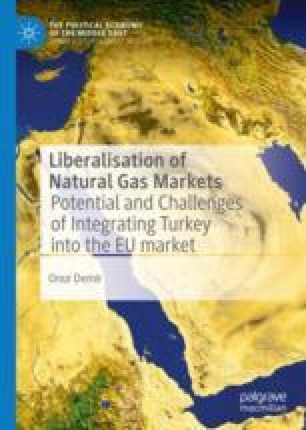 Towards an Effective Market: What to Do Next?

One of the main objectives of this book was to examine the liberalisation process in the Turkish natural gas market and to understand the limitations and key challenges the country has encountered in its transition from monopolistic to (semi)liberalised gas market. Based on evolution of the gas market that has been examined in the last three chapters this book argues that although the reform process, which officially started in 2001, has delivered considerable achievements it has somewhat deviated from its main purpose. Therefore, Turkey has not gone to the end of the process although it could have via carefully managed strategy. The political will in Turkey has predicted a deliberate and controlled liberalisation instead of a rapid one extending it over a period of time. Interviewing the stakeholders who have been, and are still being, impacted by Turkey’s liberalisation experience and gathering their interpretation of why the country is still far from having a fully liberalised and competitive market despite a better success in the electricity market liberalisation has certainly contributed greatly to the understanding of how and why the (Turkish) government’s actions to natural gas reforms have differed.

Cite this chapter as:
Demir O. (2020) Towards an Effective Market: What to Do Next?. In: Liberalisation of Natural Gas Markets. The Political Economy of the Middle East. Palgrave Macmillan, Singapore