The 10th International Conference on Engineering, Project, and Production Management 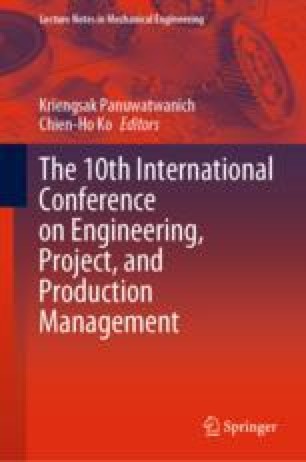 The 10th International Conference on Engineering, Project, and Production Management pp 471-482 | Cite as

The Holy Mosque in Makkah is claimed to be the largest and most used crowded open space building in the world. It is used by very large crowd reaching maximum capacity of up to 2 million users at a time especially during the Hajj period. In practice, facilities managers of such buildings always give a lot of emphasis to objective safety (normative and substantive), but researches have shown that subjective safety (perceived) is equally important and cannot be overlooked. This research theorised that a decline in perceived safety (PS) will have an influence on user behaviour (UB) that could result in a crowd disaster. Previous researchers have established that there are 10 key factors that could affect perceived safety in large space buildings, but no empirical study has yet been carried out to identify how significant is the effect of each of these factors on perceived safety and the consequent effect of perceived safety on user behaviour. This paper therefore presents the findings of an empirical study carried out by using the Holy Mosque as a case study. Data was collected using iPad devices via a group-administered questionnaire to 1940 pilgrims from 62 different nationalities during the Hajj period. The results were analysed using SPSS for descriptive analysis and AMOS 22 for Confirmatory Factor Analysis (CFA) and Structural Equation Modelling (SEM) to test the relationships between the factors and PS and between PS and UB by setting up a number of hypotheses. The findings revealed 7 out of the 10 factors have a significant influence on perceived safety and also established that perceived safety has a significant influence on the behaviour of the pilgrims as users.