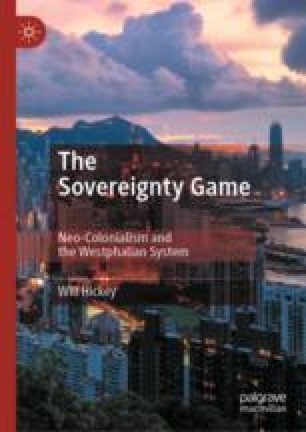 State capitalism is just that, the government controls all major capitalist and economic activity, usually by way of its main production and control entity: the monopolistic state-owned enterprise or SOE. State capitalism is endemic in many former communist and postcolonial countries, such as India, Indonesia, and Brazil, but particularly in China. State capitalism presents an existential threat to its nations progress and at times Western economies, such as via product dumping, and sensitive technology investment. Yet, state capitalism can comfortably hide behind the mantra of “nation-state” exclusivity, against world competition, and without undertaking reforms to promote necessary structural changes in governance, labor, and economy to deal with global problems, and local ones, such as proper business formation, corruption, pollution, and overregulations. Trade policies and tariffs cannot solve these issues in aggregate, only singularly, and are not holistically effective against a determined exporter anyway. Without reform, state-owned enterprises further a public goods dilemma that is unsolvable. To get to acceptable convergence, smaller interlocuters, such as SMEs and legitimate entrepreneurial activity become necessary practices to get to political acceptance in host nation-states.

State-Owned Companies are an arm of the state, are not profit-driven entities, and distort the normal business playing field