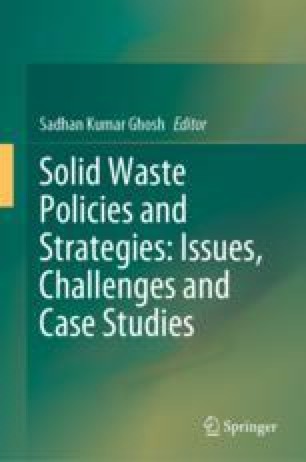 Rapid urbanization with human-altered natural conditions results not only in proliferation of infrastructures but includes pollution and generalized habitat destruction as well. This loss in biodiversity potentially leads to the disappearance of natural processes. As an example, the disruption in regulatory ecosystem services provided by the vultures, world’s most efficient scavenger species by removing the dead animals is worth mentioning at this point.  Their precipitous decline over past few decades has speeded up largely and become alarming because of their consumption of carcasses treated with man-made anti-inflammatory drug diclofenac, identified lethal for them in 2003. These affect their long-term mutual relationship with human globally. The disappearance of vultures whose metabolism is a true dead-end for pathogens poses a serious challenge in the management of natural dead animal disposal system beyond urban boundaries. This has allowed additionally some alien species of deadly disease carrier to grow in population, contributing indirectly to thousands of human deaths every year. The lacuna in developing equally efficient municipal carcass disposal system and the gross failure in organized supervision of its ongoing processes have encouraged a new social change. The notorious activities of greedy people noticeably used this gap and initiated the practice of supplying dumped dead animal`s meat from Kolkata to several food chains. The growing fast-food culture is found largely to be based on this rotten meat to massacre the masses as a slow poison inviting toxoplasmosis of millions of non-veg people countrywide and abroad for the last ten years or so. India being a poor country, the masses are subjected to malnutrition and starvation, so this free-market ambush spreads out beyond cities very fast. Proper supervision in every step of carcass disposal systems along with effective conservation policies of natural scavengers to maintain biodiversity and mass awareness can only stop this ugly practice recovering human health and social as well as environmental balance.

The authors would like to thank Mr. Debashis Chakrabarty, Panihati Municipality SI and JIS Group, for providing important information and infrastructural support for this work.