Models of the Human in Twentieth-Century Linguistic Theories 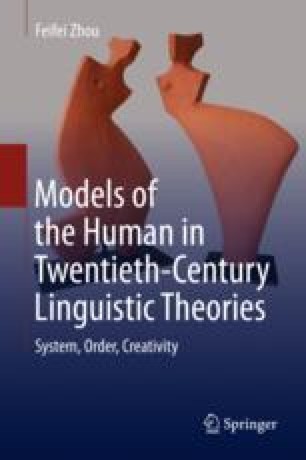 In recent years, there has emerged a distinct school of thought called ecology of language (also eco-linguistics) which calls attention to the links between biodiversity and linguistic diversity and highlights the need to study the ‘environment’ of languages. Three representative authors in this field, Einar Haugen, Peter Mühlhäusler and Salikoko Mufwene, despite some significant differences in their theories, all analogize language to a biological species. Briefly speaking, ecology of language, based on an ecological view of languages, has posed a challenge to the view that languages are autonomous, contained systems with clear boundaries; instead, it encourages a dynamic perspective to look at language contact and language change with special emphasis on the role of individual speakers. Furthermore, there is a strong awareness of linguists’ roles in shaping the linguistic landscape both during and after colonial periods. This field encourages a cross-disciplinary perspective in language studies and pulls the efforts of scholars from a range of disciplines including sociolinguistics, anthropology, biology, psychology and environmental studies. Moreover, the concept of linguistic diversity originated from this school has been taken up in endangered language movements both within and without academia. As to the usage of the biological analogy, their views differ. Both Haugen and Mühlhäusler treat the analogy more as a rhetorical strategy to build up a ‘predictive and even therapeutic’ science though they sometimes draw theoretical links between biodiversity and linguistic diversity (Mühlhäusler, 1996, p. 18), while Mufwene takes the metaphor seriously to develop a descriptive analytic tool based on macroecology, a branch of biology (Mufwene, 1994/2001, p. 153).

Cite this chapter as:
Zhou F. (2020) Haugen, Mühlhäusler and Mufwene: System and Language Ecology. In: Models of the Human in Twentieth-Century Linguistic Theories. Springer, Singapore