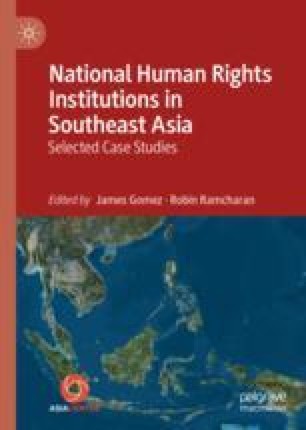 National Human Rights Institutions (NHRIs) are one of the most important institutional developments of recent years. NHRIs can play a key role in promoting and protecting human rights. They are able to do so by the unique position they occupy between government, civil society and nongovernmental organisations. Their codification in the Paris Principles and endorsement by the United Nations General Assembly in 1993 has changed the human rights landscape globally.

The Paris Principles constitute a concrete template for NHRI design, with guidelines covering their independence, jurisdiction, mandate and composition. These Principles have had the positive impact of introducing and even strengthening NHRIs. NHRIs can now be found in a wide range of political regimes—from Bahrain to Colombia to Ireland. Their numbers have soured from 21 in 1991 to approximately 120 active NHRIs in 2015. NHRIs are now a mainstay of multi-level human rights governance.

The challenge remains, however, to ensure that these institutions are effective in improving human rights practices.

This chapter explores the history and development of NHRIs and examines the role of the Paris Principles. It considers the effectiveness of these institutions as mechanisms of human rights protection and explores the institutional and environmental features that are required for NHRIs to work effectively.