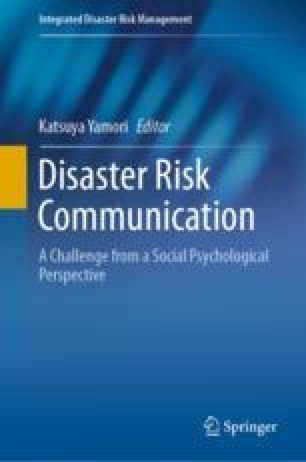 It is often suggested that disaster education should not be a one-way knowledge transfer from disaster experts to non-experts, but a bilateral interaction between the two sides. In this study, the authors propose a new framework for disaster education based on legitimate peripheral participation (LPP) theory, in which disaster experts and non-experts interact very closely to remove the barriers between the two sides. Specifically, the present study introduces two practical research methods for disaster education. The first is an attempt to convert a seismological observatory into a disaster science museum with collaboration between seismologists (experts) and volunteer staff (non-experts). The second is an endeavor to involve elementary school children in cutting-edge seismological research by installing a miniature seismometer at their school. As a result, volunteer staff at the museum formed a new identity in joint practice as semi-experts who mediate between experts and non-experts. Although the schoolchildren did not reach a definite stage as successfully as did the volunteer workers in the museum project, through this research, both the seismologists and the children realized what they had not shared, and this marked a starting point for further risk communication. The results are discussed from the perspective of LPP theory.