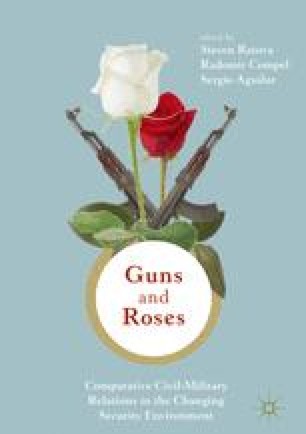 Some Concluding Remarks: The Future of Civil–Military Relations

The chapter summarizes the diverse comparative cases and narratives of the chapters and argues that in a world where people power has become a major force for social and political transformation, and where power, more than ever before, has become more diffused, the need for the ‘humanization’ of the military’s traditional coercive role is becoming imperative. This requires a serious rethink of the very ontological essence of the military—why do they exist in the first place? What do they exist for? In a post-globalization and cyber-based society, where the battle of ideas, technology and ideology become part of daily life, the relevance of armed uniformed men seems more and more remote. The militaries will need to adapt, not just tactically, but strategically and ideologically as well, to these dramatic transformations to ensure that they do not find themselves obsolete and a burden on society. This also entails rethinking the configuration and mission of the state and its place and relationship to society in the post-globalization era.