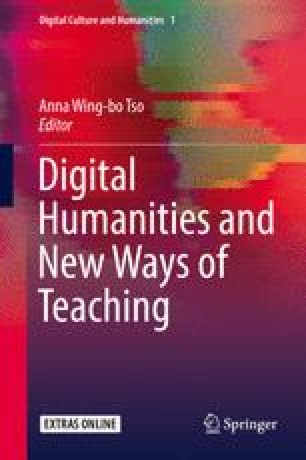 Digitization and Literature: The Approach of a Poet-Critic to Digital Influences on Poetry and Fiction with Special Reference to My Own Experience as a Writer

The invention of printing spread detailed knowledge within and across frontiers. The late twentieth-century digital revolution has made the spread global and much faster. New technologies and political systems at the beginning of the twentieth century permitted the rise of agitprop writing; global capitalism, leaking of digitized data, and rapid organization of street protests have, at the beginning of the twenty-first century, permitted what we might term digitprop. The literature must be affected. My own generation saw the transition from typed to digitized texts. Writing begins with words in the head; poetry begins with word music in the head, then pencil or pen jottings and then revision by hand until a draft appears that can be digitized and further altered. Prose can more easily be written directly into a computer. Revision can then be rapid. Digital texts now follow a double highway: the ‘slow lane’ of traditional books; digital publication on web-based sites is nearly instantaneous. Advantages are obvious, but copyright becomes tricky or non-existent. Prestige still resides with the printed book, which cannot easily be falsified. Digital sites depend on rapidly changing technology and can be made to vanish very easily, thus losing huge amounts of data. The writer may albeit depend on a ‘digital support stream’ of sites. Readership for digital e-books grows and wanes, though the e-zine is now a well-established fact. Many writers still need readings in person with live audiences who give support and live reactions. The democratic spirit often appears at such readings where the ‘open mic’ follows featured writers. Yet new publishers producing printed books spring onto the scene each year. Some texts, especially complex academic ones, need to appear as printed books.

Cite this chapter as:
Parkin A. (2019) Digitization and Literature: The Approach of a Poet-Critic to Digital Influences on Poetry and Fiction with Special Reference to My Own Experience as a Writer. In: Tso A. (eds) Digital Humanities and New Ways of Teaching. Digital Culture and Humanities (Challenges and Developments in a Globalized Asia), vol 1. Springer, Singapore. https://doi.org/10.1007/978-981-13-1277-9_4