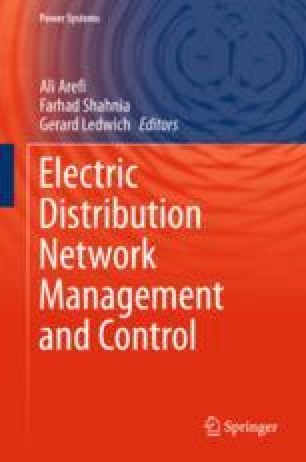 This book chapter explores existing and emerging flexibility options that can facilitate the integration of large-scale variable renewable energy sources (vRESs) in next-gen electric distribution networks while minimizing their side-effects and associated risks. Nowadays, it is widely accepted that integrating vRESs is highly needed to solve a multitude of global concerns such as meeting an increasing demand for electricity, enhancing energy security, reducing heavy dependence on fossil fuels for energy production and the overall carbon footprint of power production. As a result, the scale of vRES development has been steadily increasing in many electric distribution networks. The favorable agreements of states to curb greenhouse gas emissions and mitigate climate change, along with other technical, socio-economic and structural factors, is expected to further accelerate the integration of renewables in electric distribution networks. Many states are now embarking on ambitious “clean” energy development targets. Distributed generations (DGs) are especially attracting a lot of attention nowadays, and planners and policy makers seem to favor more on a distributed power generation to meet the increasing demand for electricity in the future. And, the role of traditionally centralized power production regime is expected to slowly diminish in future grids. This means that existing electric distribution networks should be readied to effectively handle the increasing penetration of DGs, vRESs in particular, because such systems are not principally designed for this purpose. It is because of all this that regulators often set a maximum RES penetration limit (often in the order of 20%) which is one of the main factors that impede further development of the much-needed vRESs.

The main challenge is posed by the high-level variability as well as partial unpredictability of vRESs which, along with traditional sources of uncertainty, leads to several technical problems and increases operational risk in the system. This is further exacerbated by the increased uncertainty posed by the continuously changing and new forms of energy consumption such as power-to-X and electric vehicles. All these make operation and planning of distribution networks more intricate. Therefore, there is a growing need to transform existing systems so that they are equipped with adequate flexibility mechanisms (options) that are capable of alleviating the aforementioned challenges and effectively managing inherent technical risk. To this end, the main focus of this chapter is on the optimal management of distribution networks featuring such flexibility options and vRESs. This analysis is supported by numerical results from a standard network system. For this, a reasonably accurate mathematical optimization model is developed, which is based on a linearized AC network model. The results and analysis in this book chapter have policy implications that are important to optimally design ad operate future grids, featuring large-scale variable energy resources. In general, based on the analysis results, distribution networks can go 100% renewable if various flexibility options are adequately deployed and operated in a more efficient manner.

This publication has emanated from research supported in part by a research grant from Science Foundation Ireland (SFI) under the SFI Strategic Partnership Programme Grant number SFI/15/SPP/E3125. The opinions, findings and conclusions or recommendations expressed in this material are those of the authors and do not necessarily reflect the views of the Science Foundation Ireland.

Cost of switching of branch k (€ per single switching)

Number of buses and substations, respectively

Active and reactive power demand at node i (MW, MVAr)

Unserved power at node i (MW)

Reactive power produced by capacitor bank at node i (MVAr)

Unserved power at node i (MW)

Voltage magnitudes at nodes i and j (kV)

Voltage angles at node i and j (radians)

Functions (all units are in M€)