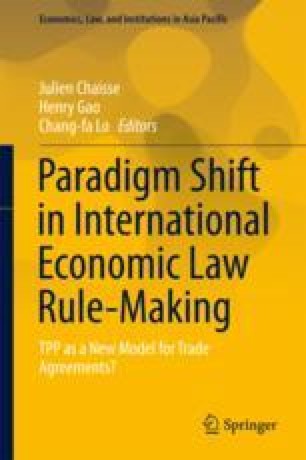 Mega-FTAs and Plurilateral Trade Agreements: Implications for the Asia-Pacific

During the first twenty years of the World Trade Organization’s history, the multilateral trading system has increasingly been accompanied by (1) free trade agreements (FTAs) and (2) preferential trade arrangements (PTAs). Such agreements have proliferated steadily, with several hundred having been notified to the WTO as of early 2016. However, there have been some significant changes in the types of trade agreements being negotiated outside the WTO in recent years. Since 2010, there has been a continued proliferation of “traditional” FTAs, but there have also been notable new developments. These include: an increase in multi-party FTAs; an increase in FTAs featuring more than one major economy; FTA coverage extending beyond the scope of the WTO Agreements; and subject-specific plurilateral negotiations being conducted outside the WTO negotiating structure. This chapter documents the rapid ascendancy of mega-FTAs and plurilateral trade agreements and explores the implications of these larger, more complicated and arguably more powerful trade agreements, with an emphasis on the Asia-Pacific region.