Diversity of Family Farming Around the World 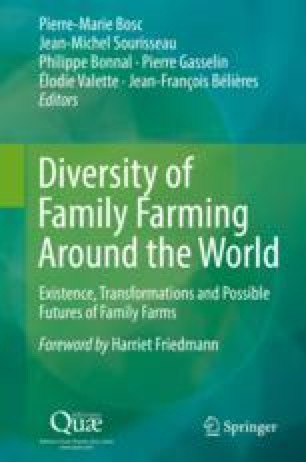 The Taquari Valley region is located to the centre-east of the Brazilian state of Rio Grande do Sul. It is characterized, among other aspects, by the social, economic and territorial importance of its family farming. This form of farming has very specific characteristics and can trace its origins to the arrival of German and Italian migrants at the end of the nineteenth century. References to the migrations that form the basis of this type of agriculture are ubiquitous, to the extent that in this state it is commonly referred to as ‘colonial agriculture’, a term that traces its roots to agricultural practices and socio-economic organizations of farming systems set up by European settlers in the second half of the nineteenth century.

While colonial agriculture in the Taquari Valley was originally very diverse, it has now become specialized, intensive, and highly structured by a powerful cooperative movement deeply integrated with regional food industries. The process of modernization...