The Enlightenment Project in the Analytic Conversation 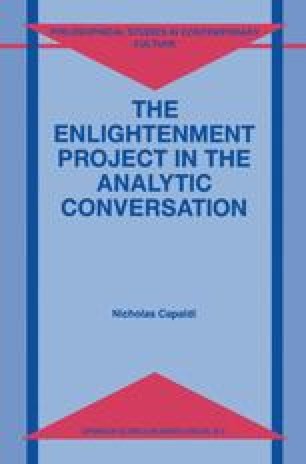 Eighteenth Century Physical World Scientific Progress Analytic Philosophy Social Technology
These keywords were added by machine and not by the authors. This process is experimental and the keywords may be updated as the learning algorithm improves.
This is a preview of subscription content, log in to check access.