Studies in the Methodology and Foundations of Science 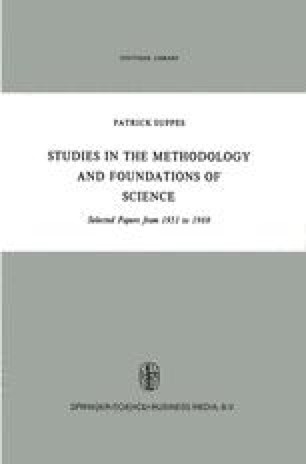 Linear Response Stimulus Sampling Empirical Science Logical Type Linear Response Theory
These keywords were added by machine and not by the authors. This process is experimental and the keywords may be updated as the learning algorithm improves.

Cite this chapter as:
Suppes P. (1969) Models of Data. In: Studies in the Methodology and Foundations of Science. Synthese Library (Monographs on Epistemology Logic, Methodology, Philosophy of Science, Sociology of Science and of Knowledge, and on the Mathematical Methods of Social and Behavioral Sciences), vol 22. Springer, Dordrecht