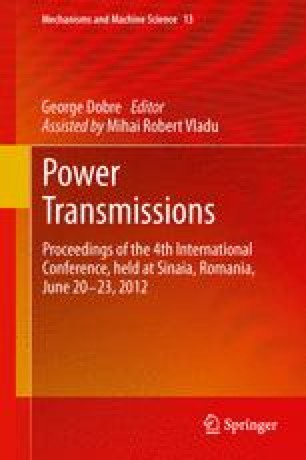 In this work a generalized approach for defining the phenomenon “undercutting of involute teeth” is proposed, where besides the traditional boundary case, called “undercutting—type I”, additionally two more boundary cases, called “undercutting—type II” and “undercutting—type III” are included. According to this approach the nontraditional cutting—type II and type III is caused by the rack-cutter fillet, when the trajectories of some points cross respectively: (1) the radial line of the gear (the line connecting the gear centre and the starting point of the involute profile); (2) the involute profile of the cut teeth. The parametric equations of the so called “boundary fillets” of the type II and type III of the rack-cutter are specified and in an evident state the additional boundary condition for avoiding the under-cutting of teeth is drawn up. The maximum value of the radius of the rack-cutter fillet at which the cut teeth are not undercut, is specified.