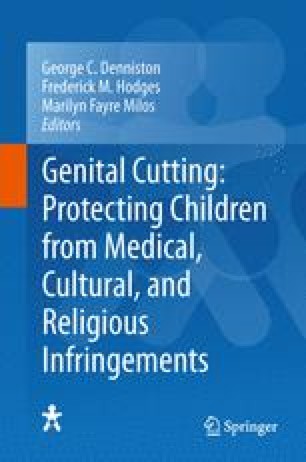 On the basis of three seriously flawed sub-Saharan African randomized clinical trials into female-to-male (FTM) sexual transmission of HIV, in 2007 WHO/UNAIDS recommended circumcision (MC) of millions of African men as an HIV preventive measure, despite the trials being compromised by irrational motivated reasoning, inadequate equipoise, selection bias, inadequate blinding, problematic randomization, trials stopped early with exaggerated treatment effects, and failure to investigate non-sexual transmission. Several questions remain unanswered. Why were the trials carried out in countries where more intact men were HIV+ than in those where more circumcised men were HIV+? Why were men sampled from specific ethnic subgroups? Why were so many men lost to follow-up? Why did men in the intervention group receive additional counselling on safe sex practices? The absolute reduction in HIV transmission associated with MC was only 1.3 % (without even adjusting for known sources of error bias). Relative reduction was reported as 60 %, but after correction for lead-time bias alone averaged 49 %. In a related Ugandan RCT into male-to-female (MTF) transmission, there was a 61 % relative increase (6 % absolute increase) in HIV infection among female partners of circumcised men, some of whom were not informed that their male partners were HIV+ (also some of the men were not informed by the researchers that they were HIV+). It appears that the number of circumcisions needed to infect a woman (Number Needed to Harm) was 16.7, with one woman becoming infected for every 17 circumcisions performed. As the trial was stopped early for “futility,” the increase in HIV infections was not statistically significant, although clinically significant. In the Kenyan trial, MC was associated with at least four new incident infections. Since MC diverts resources from known preventive measures and increases risk-taking behaviors, any long-term benefit in reducing HIV transmission remains dubious.

This article was first published by Thomson Reuters in the Journal of Law and Medicine and should be cited as Boyle GJ, Hill G. Sub-Saharan African randomised clinical trials into male circumcision and HIV transmission: Methodological, ethical and legal concerns. (2011) 19 JLM 316. For all subscription inquiries please phone, from Australia: 1300 304 195, from Overseas: +61 2 8587 7980 or online at www.thomsonreuters.com.au/catalogue. The official PDF version of this article can also be purchased separately from Thomson Reuters.

The following studies either show no relationship with circumcision status or a higher risk in circumcised men.

The orange part of each of the three right-hand bars (below the dotted lines) represents the much-hyped “60 % protection” conferred by circumcision. If just those men, whose HIV status is unknown, proved in fact to be HIV+ (red), circumcision would certainly have no protective effect whatever, but it would not take all of them to reduce the effect below statistical significance.

All three trials had significant numbers “lost from study”, their HIV status unknown (yellow + orange bars in the graphs below)—100 circumcised men (6.5 %) in South Africa, 87 (10 %) in Kenya, and 140 (3.5 %) in Uganda. (The figures are presented confusingly in the published reports because the men did not all enter the trials together, but each trial was stopped at a stroke).

Those figures are high enough in themselves to cast doubt on the validity of the results, but circumcised men who found they had HIV would be disillusioned with the trials and less likely to return. It would take only 25, 25, and 23 such men respectively to completely nullify the trials, and fewer to render the results non-significant.