The Economic Geology of Iran 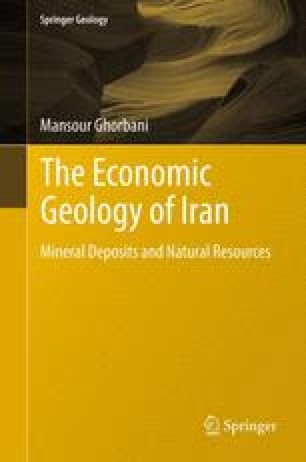 Energy Resources, Production, and Consumption in Iran Compared with the World

This chapter covers the energy resources in Iran. These resources are divided into two groups:

The reserves of non-renewable resources or fossil fuels are cited in this chapter and compared to those in the Middle East and the rest of the world. The exploration potentials of such energy resource are also discussed.

Wind Farm Geothermal Energy Geothermal Reservoir Proved Reserve Extractable Reserve
These keywords were added by machine and not by the authors. This process is experimental and the keywords may be updated as the learning algorithm improves.
This is a preview of subscription content, log in to check access.

Cite this chapter as:
Ghorbani M. (2013) Energy Resources, Production, and Consumption in Iran Compared with the World. In: The Economic Geology of Iran. Springer Geology. Springer, Dordrecht