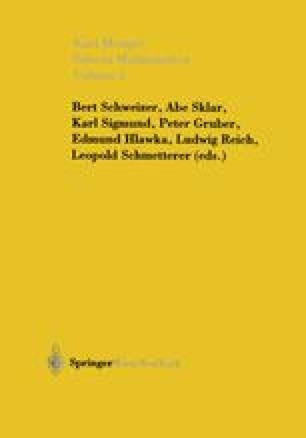 The concepts of the non-Euclidean plane geometry can be defined in terms of the notions joining and intersecting of geometric entities as follows:1 We call a system of three lines a maximal triangle if (1) no two of them intersect, (2) through any point of each of the three lines there exists exactly one line which intersects neither of the other two lines. We say that two lines L and M are parallel if there exists a line N such that L, M, N form a maximal triangle. We say the point Q lies between two points P and R if (1) P, Q, R are distinct collinear points, (2) any line through Q intersects at least one line of any maximal triangle two sides of which pass through P and R, respectively. The point Q is said to lie between three points if (1) these points are not collinear, (2) Q does not coincide with any of them nor lies between any two of them, (3) any line through Q contains at least one point between two of the three points. The points Q1, Q2, … are said to converge toward Q if for any three points the following condition holds: If Q lies between the three points, then almost all points Qi (i.e., all except at most a finite number) lie between them.