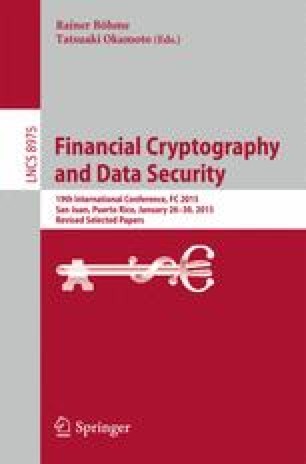 Although newly proposed, tree-based Oblivious RAM schemes are drastically more efficient than older techniques, they come with a significant drawback: an inherent dependence on a fixed-size database. Yet, a flexible storage is vital for real-world use of Oblivious RAM since one of its most promising deployment scenarios is for cloud storage, where scalability and elasticity are crucial. We revisit the original construction by Shi et al. [17] and propose several ways to support both increasing and decreasing the ORAM’s size with sublinear communication. We show that increasing the capacity can be accomplished by adding leaf nodes to the tree, but that it must be done carefully in order to preserve the probabilistic integrity of data structures. We also provide new, tighter bounds for the size of interior and leaf nodes in the scheme, saving bandwidth and storage over previous constructions. Finally, we define an oblivious pruning technique for removing leaf nodes and decreasing the size of the tree. We show that this pruning method is both secure and efficient.

Leaf Node Communication Complexity Storage Cost Cloud Storage Security Parameter
These keywords were added by machine and not by the authors. This process is experimental and the keywords may be updated as the learning algorithm improves.

This work was partially supported by NSF grant 1218197.

Given two buckets with maximum size k and load m and n respectively, over the random configurations of those buckets, Algorithm 1 will output a uniformly random permutation which is independent of m and n.

A permutation \(\pi \) chosen by Algorithm 1 gives no information about the load of the buckets being merged.

By our above lemma, independent of the load each permutation is chosen uniformly over the configurations of the two buckets. Therefore the permutation cannot reveal any information about the load.    \(\square \)