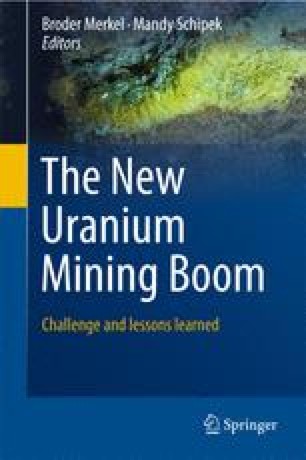 Moab Wash, an ephemeral stream, transects the site of a former uranium- ore processing facility and existing mill tailings pile before entering the Colorado River near Moab, Utah, USA. Dissolved ammonia in ground water emanating from the tailings pile discharges to backwater channels of the river. The channel morphology and therefore presence of critical habitat is dependent on the flow of the wash and the river. Since 2001, the habitat area has changed such that DOE has adjusted its river protection strategy from freshwater diversion into backwater channels to include freshwater injection via wells into ground water.

Critical Habitat Channel Morphology Ephemeral Stream Mill Tailing Backwater Area
These keywords were added by machine and not by the authors. This process is experimental and the keywords may be updated as the learning algorithm improves.
This is a preview of subscription content, log in to check access.