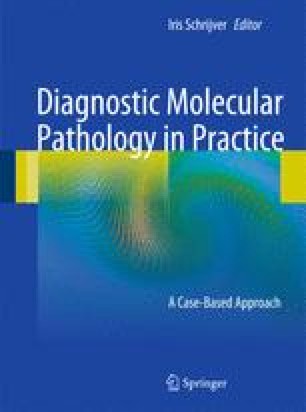 In the summer of 2009 a 12-year-old boy with a history of multiply relapsed acute lymphoblastic leukemia now in his fourth remission on an individualized chemotherapy protocol, presented to his local hospital’s emergency room with a two day history of fever to 102.5°C (39.2°C) and upper respiratory symptoms including cough, sore throat, and runny nose. His mother developed similar symptoms approximately one week ago. In addition, he complained of abdominal pain with persistent diarrhea and one episode of emesis. The patient had a history of obstructive lung disease of uncertain etiology for which he used an albuterol inhaler on an “as needed” basis. Since the onset of this acute illness he had been using his inhaler every four hours.

Respiratory Syncytial Virus High Resolution Melting Direct Fluorescent Antibody Cross Threshold Oseltamivir Resistance
These keywords were added by machine and not by the authors. This process is experimental and the keywords may be updated as the learning algorithm improves.
Download chapter PDF

In the summer of 2009 a 12-year-old boy with a history of multiply relapsed acute lymphoblastic leukemia now in his fourth remission on an individualized chemotherapy protocol, presented to his local hospital’s emergency room with a two day history of fever to 102.5°C (39.2°C) and upper respiratory symptoms including cough, sore throat, and runny nose. His mother developed similar symptoms approximately one week ago. In addition, he complained of abdominal pain with persistent diarrhea and one episode of emesis. The patient had a history of obstructive lung disease of uncertain etiology for which he used an albuterol inhaler on an “as needed” basis. Since the onset of this acute illness he had been using his inhaler every four hours.

The patient had a central line for the administration of chemotherapy and previously had numerous positive blood cultures with a variety of bacterial organisms. However, current blood cultures were negative and his chest X-ray was unremarkable. Consistent with his presentation, a rapid influenza A antigen test was positive. The patient had not been vaccinated for influenza as neither the seasonal vaccine nor the 2009 A (H1N1) pandemic vaccine was available at the time. He was started on the standard pediatric dose of oseltamivir (Tamiflu) and arrangements were made for the child to be seen by his hematologist early the following morning.

Given the potential significant adverse morbidity and mortality associated with influenza infection in the immunocompromised, including patients being treated for hematologic malignancies, the hematologist admitted the patient to a quaternary medical center for further treatment and supportive care. The hospital stay was uneventful and after completion of the five day course of oseltamivir, the patient’s upper respiratory illness resolved. Upon discharge, a direct fluorescent antibody (DFA) test for the presence of influenza A antigen was negative. Further antigen testing was negative two days later, when the patient resumed his chemotherapy regimen. However, nucleic acid testing demonstrated the presence of pandemic, 2009 influenza A (H1N1) RNA.

After three days, the patient again developed fever and upper respiratory symptoms. A nasopharyngeal specimen was positive for influenza A antigen and oseltamivir was restarted.

Question 1: What is your differential diagnosis?

The clinical team considered the possibility that the patient had been reinfected with a different influenza A subtype. However, they were most concerned about persistent infection and the development of oseltamivir resistance.

The goal of molecular testing was to determine the influenza A subtype of the current infection and to evaluate for the presence of a mutation that confers ­oseltamivir resistance. Both of these questions are critical to optimize treatment.

At the time of this case there were two common classes of influenza antivirals; the neuraminidase (NA or N) inhibitors [oseltamivir (Tamiflu) and zanamivir (Relenza)] and the M2 ion channel inhibitors (the adamantanes: amantidine and rimantidine) [1]. In 2009, essentially all of the seasonal H1N1 strains carried the histidine 275 to tyrosine (H275Y) oseltamivir-resistance mutation. These strains were sensitive to both the adamantanes and zanamivir. In contrast, essentially all seasonal H3N2 strains carried the S31N adamantane-resistance mutation and were sensitive to the NA inhibitors. Interestingly, the 2009 A (H1N1) pandemic strain resembled the H3N2 subtype in terms of its resistance profile, and was generally sensitive to the NA inhibitors and resistant to the adamantanes (Table 36.1).
Table 36.1

Influenza A subtypes and resistance patterns

Immunocompromised patients are particularly at risk for the development of resistance to influenza antivirals [2]. Though 2009 A (H1N1) oseltamivir resistance was uncommon at the time of this case (less than 50 reports worldwide), the oseltamivir exposure and clinical course were suggestive of the emergence of a resistant virus. Importantly, the patient’s underlying obstructive pulmonary disease contraindicated the use of zanamivir, which requires inhaled dosing and has been associated with a decrease in respiratory function in these patients.

The laboratory-developed, duplex rRT-PCR assay targeted the 2009 influenza A (H1N1) NA gene. The probes were specific for either the wild-type 2009 A (H1N1) NA sequence or the 823C ?> ?T point mutation encoding the H275Y change responsible for oseltamivir resistance. The probes utilized hydrolysis chemistry and were differentially fluorescently labeled on the 5? end with either FAM or CalFluor560 (HEX-equivalent). On the 3? ends were black-hole quencher moieties (BHQ). These probes were further modified with a proprietary DNA duplex stabilizing technology (Biosearch Technologies, Novato, CA) that improves specificity and allows single base-pair discrimination.

Numerous rRT-PCR methods, both commercially available and laboratory-developed, are available for the diagnosis of influenza A infections [3]. These assays typically target the highly conserved influenza A matrix (M) gene and are generally ?5–10% more sensitive than viral culture [3, 4]. Because the target is so well conserved, the matrix rRT-PCR tests are able to detect most influenza A subtypes but are unable to distinguish between them.

In order to subtype influenza A, a majority of assays target unique sequences in the influenza A hemagglutinin (HA or H) gene [4]. For example, during the 2009 pandemic in the state of California, county public health laboratories performed individual rRT-PCR reactions to amplify matrix, seasonal H1, and seasonal H3 sequences from respiratory specimens. If positive only for influenza A matrix RNA, the subtype was presumed to be 2009 A (H1N1) and confirmatory rRT-PCR testing targeting the swine-origin H1 was performed at the state public health laboratory.

Another methodology used for the diagnosis of influenza A is traditional RT-PCR, followed by array hybridization, most often to liquid-phase, bead-based arrays. These tests utilize the same nucleic acid targets as the rRT-PCR assays for the identification and subtyping of influenza A, though they may be slightly less sensitive [5]. However, arrays have increased multiplexing capabilities compared to rRT-PCR and therefore allow the simultaneous detection of a large panel of respiratory viral pathogens, most of which have very similar clinical presentations.

The standard molecular approach for Tamiflu resistance testing is pyrosequencing of the NA gene [6, 7]. While sequencing allows the identification of NA mutations other than the 823C ?> ?T change, rRT-PCR-based testing may be more sensitive for the detection of specific resistance mutations. At the time this ­chapter was written, all reported oseltamivir-resistant 2009 A (H1N1) strains carried the H275Y mutation.

Figure 36.1 displays the results of the 2009 A (H1N1) subtyping and of the H275Y oseltamivir-resistance mutation testing. The criteria for analysis are as follows:

Question 2: Is this assay run valid?

Question 3: How would you report this result?

These results are consistent with infection by oseltamivir (Tamiflu)-resistant, 2009 influenza A (H1N1). This genotypic test detects the most common missense mutation (H275Y) associated with oseltamivir resistance. Consultation with the infectious disease service and the use of an alternative therapeutic regimen are recommended

If the sample had contained only the wild-type 2009 A (H1N1) strain, it is important to remind the healthcare provider reading the report that only a ­single mutation is detected in this test. An example report might read:

These results are consistent with infection by oseltamivir (Tamiflu)-sensitive, 2009 influenza A (H1N1). However, this genotypic test detects only the most common missense mutation (H275Y) associated with oseltamivir resistance and does not rule out the possibility that this virus may have a resistance mutation not detected by this test.

Question 4: Does this result explain the patient’s clinical course?

After receiving this result, the clinical team treated the patient with intravenous zanamivir (at the time an investigational drug) [8]. Other strategies were considered, including an increased dose of oseltamivir and the administration of IVIG (intravenous immunoglobulin), which contains some 2009 A (H1N1) neutralizing antibodies and may provide limited passive immunity.

The patient’s symptoms resolved and after two weeks no influenza A RNA was detected in the patient’s nasopharyngeal specimens.

For epidemiological purposes, the specimen containing the resistant virus was sent to the state public health laboratory for confirmatory testing. Interestingly, their pyrosequencing approach was unable to detect the resistance mutation.

Question 5: How do you explain this result?

This specimen contained a mixture of wild-type and mutant virus that was below the lower limit of detection for the sequencing assay but above the detection limit for the rRT-PCR test. To resolve this discrepant result, our laboratory used a very sensitive low-copy-number, high resolution melting approach to determine that indeed, the sample in question contained the mutant virus [9]. In addition, the public health laboratory was able to detect the resistance mutation by sequencing a subsequent sample from this patient that contained predominantly mutant virus by rRT-PCR.

Influenza A is a member of the family Orthomyxoviridae [10]. The virus contains a single-stranded, negative-sense, segmented RNA genome, and is subtyped based on its hemaggluttinin and neuraminidase genes. The year 2009 saw the emergence of a novel A (H1N1) subtype derived, in part, from an influenza A virus known to infect swine [11]. This novel A (H1N1) virus spread rapidly through the human population worldwide and represents the first influenza pandemic of the twenty-first century [12].

Influenza infections are transmitted from person-to-person via contact and large particle respiratory droplets [13]. There is a one to four day incubation period and the virus is shed the day before symptoms begin through five to 10 days after illness onset. The signs and symptoms of influenza infection may include fever, myalgia, headache, malaise, nonproductive cough, sore throat, rhinitis, otitis media, nausea, and vomiting. Uncomplicated illness typically resolves in three to seven days, though cough and malaise can persist for more than two weeks. Complications include primary influenza pneumonia, exacerbation of underlying medical conditions, and secondary bacterial pneumonia. The complications are typically highest in those over the age of 65, young children, and patients with underlying disease. Seasonal influenza infections cause significant morbidity and mortality, on average 225,000 hospitalizations and 36,000 deaths per respiratory virus season in the United States. Pandemic influenza has the potential to cause an even greater burden of disease.

Influenza A nucleic acid testing is indicated in patients demonstrating signs and symptoms of respiratory infection in conjunction with clinical and epidemiological risk factors. Influenza A subtyping is indicated to track the local influenza A epidemiology and, as demonstrated in this case, to adjust empiric antiviral therapy (e.g., to discontinue adamantanes if the strain is 2009 H1N1, or to discontinue oseltamivir if the strain is a previous seasonal, circulating H1N1). Furthermore, oseltamivir-resistance testing is indicated in patients who do not show clinical improvement and/or viral clearance after completion of an oseltamivir-containing therapeutic regimen.