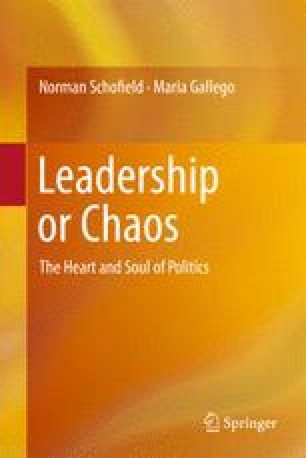 Models of the World and Society

As the Arrovian and Condorcetian programs have intermingled over the last 50 years, two aspects of the resulting research program have been become increasingly obvious. First, the attempt to extend closed, preference-based economic theory to the political economy has encountered a number of theoretical difficulties. The motivation of this economics program seems very similar in a sense to that of the Hilbert program of logically closing mathematics. Just as Gödel (1931) AQ1 showed the Hilbert program to be impossible,1 so, we believe, did Arrow demon strate the inadequacy of the preference-based rational choice program.2 A theory of rationality based on both preference and belief is likely to be open, both in the sense that it is not completely mathematized, but also in the sense that it incorporates non-rationalist or at least non-logical, aspects of thought and language.3

Solar System Mass Extinction Gulf Stream Celestial Mechanic Ricci Flow
These keywords were added by machine and not by the authors. This process is experimental and the keywords may be updated as the learning algorithm improves.
This is a preview of subscription content, log in to check access.

Cite this chapter as:
Schofield N., Gallego M. (2011) Models of the World and Society. In: Leadership or Chaos. Springer, Berlin, Heidelberg