Modeling Risk Management for Resources and Environment in China 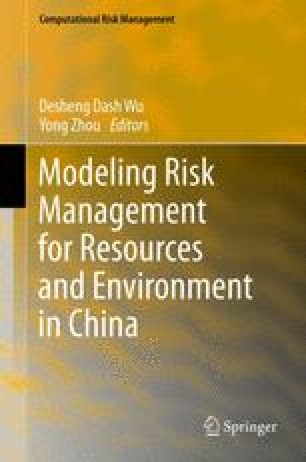 Based on time-series decomposition, HP filter and cycle locating procedure, the paper extracts the concrete cycle information from gold, US$ exchange rate, and US interest rate time series, on all four durations of the past 30 years. (In this paper the US$ exchange rate is reflected by U.S. Dollar Index, and the interest rate refers to the US$ interest rate.) It shows that the cycle length has shortened and a more sensitive interaction among the three variables appeared since 2008 financial crisis. Further, application of VAR model indicates not only autoregressive relationship among the three variables, but also gold price to be the leading indicator, with 1-month ahead of the dollar exchange rate and 2-months ahead of the interest rate. This significant counter-cyclical pattern may be suggestive of government’s reserve portfolio allocation, especially when facing the uncertainty of the economy and the underlying inflation expectation.

This work was partially supported by Shanghai University of Finance and Economics through Project 211 Phase III and Shanghai Leading Academic Discipline Project, Project Number: B803.