Living With the Other 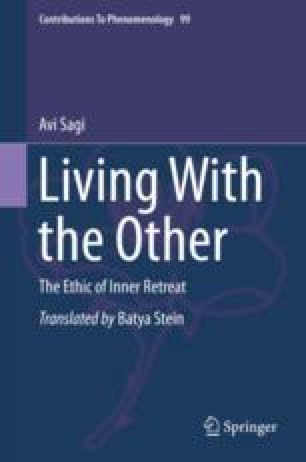 Love and the Politics of Sovereignty

This chapter deals with the relationship between love and political sovereignty as seen from the perspective of the ethic of inner retreat. Whereas love is founded on the lover’s inner retreat, political sovereignty stands for the opposite movement—the expansion of the subject, the sovereign, over a given territorial space. Through this complex question, I will reconsider the connection between love for the land and sovereignty over it, as well as the relationship at the center of the current discussion—between sovereignty and activity on the one hand and responsiveness and passivity on the other.

Love is such a very vague word: there’s something of everything in it—bestial violence, tender affection, mortal sickness. …

Love for man is brought forth. As a miracle, as a riddle, it emerges from the head, or rather from the heart, of men.