The Philosophy of Affordances 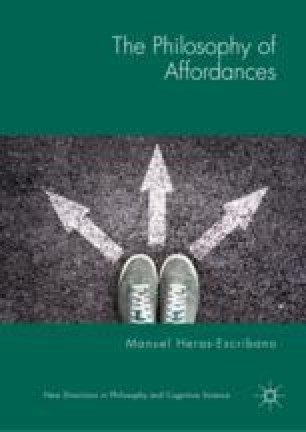 The Normativity of Affordances

The idea of normativity is, according to some authors, pervasive: Social practices, institutions, and interactions are said to be normative (Canguilhem 1966/1986; Brandom 1994; Crowell 2013; Rip 2013). In this chapter, I will focus on the normative aspect of the unreflective situated behavior, a kind of behavior that is carried out without explicit deliberation—for example, when we maintain an appropriate distance from others in an elevator or in a bus stop (Rietveld 2008).