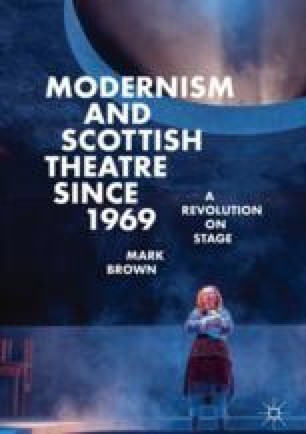 “My Wife Glimpsed a Testicle!”: The Citizens Theatre Since 1969

If Scottish theatre has undergone a renaissance since the late 1960s, it is all but unarguable that the Citizens Theatre in Glasgow provided the initial impetus—and, in the following decades, much of the fuel—for change. In 1969 the theatre (which was located, then as now, in the famous working-class community of the Gorbals, on the south bank of the River Clyde) appointed Giles Havergal as its artistic director. His appointment followed a turbulent decade in which the playhouse had parted with a succession of artistic directors. Edinburgh-born and familiar with Glasgow (having lived in the city during his early life), the 31-year-old Havergal arrived at the Citizens following four successful years as artistic director of the Palace Theatre, Watford. It was an appointment which would revolutionise theatre in Glasgow, and Scotland more broadly, over the course of an extraordinary 34-year reign.