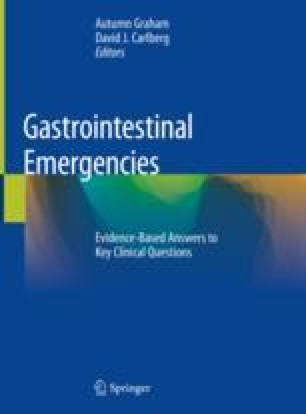 The non-toxicological causes for elevated transaminases include infection, ischemia, metabolic derangements, malignancy, autoimmune disease, and primary graft failure after transplant. Acute liver failure is a common pathway for many conditions and insults, leading to massive hepatic necrosis or loss of normal hepatic function. Acute liver failure can be described in different subgroups by acuity of encephalopathy onset. Tools exist to aid in the prognostication of acute liver failure. Treatment of transaminitis and disposition of the patient are guided by the underlying diagnosis.

Other complications from acute liver failure include [5]:

The higher the number of complications, the more likely the patient will not survive [1].

Overall, outcomes have improved due to earlier identification of causes, earlier initiation of treatment, improved intensive care, and improved transplant science. Formerly, mortality was 55–95%, and now mortality is 30–40% [4, 6].

In the appropriate clinical setting , elevations in AST and ALT should prompt the clinician to consider rhabdomyolysis and order a creatinine kinase level. Rhabdomyolysis-induced transaminitis occurs secondary to AST (and some ALT) release from muscle breakdown. In the past, ALT was considered liver-specific, but ALT elevations may occur in patients with myopathy but no liver disease [9]. Hypoperfusion from other medical issues can lead to transaminitis as well.

The King’s College Criteria is used to determine potential for liver transplant in both acetaminophen toxicity and other causes of acute liver failure.

The King’s College Criteria for non-acetaminophen toxicity suggests transplant if [4, 10]:

What Is the Management of Transaminitis and Acute Hepatic Failure?

Initial management of acute transaminitis includes fluid resuscitation, pain management, and nausea management. Generally, the cause of transaminitis will determine treatment and disposition. Transaminase values alone do not determine disposition. Admission is recommended for higher-risk (elderly and pregnant) patients or when there is no response or poor response to supportive care. It is also recommended for bilirubin ≥20 mg/dL, PT >50% above normal, hypoglycemia, spontaneous bacterial peritonitis, new or worsening hepatic encephalopathy, hepatorenal syndrome, or coagulopathy with bleeding. Additionally, the patient should be admitted if the he or she cannot ambulate safely or if there is an unsafe home condition. Any patient with acetaminophen toxicity (using the Rumack-Matthew nomogram) should be admitted, even if the transaminases and coagulation factors are normal [8].

Patients with acute liver failure should be considered for early transfer to a liver transplant center, ideally prior to intracranial pressure elevation or development of severe coagulopathy [1]. Prophylactic treatment of coagulopathy is unnecessary. Fresh frozen plasma or factor VII should be given if there is active bleeding or before invasive procedures [12]. Patients with grade IV encephalopathy generally require intubation. Providers should elevate the head of bed to 10–20 ° and consider avoiding positive end-expiratory pressure if possible (grade III recommendation) [13]. With cerebral edema, intracranial pressure monitoring and decompression may be necessary.