Pregnant in the Time of Ebola 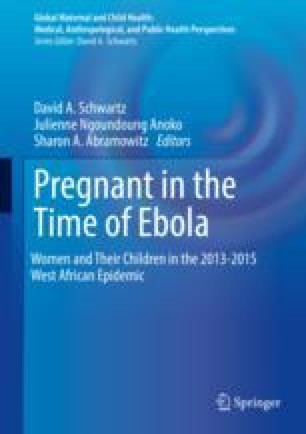 A Step in the Rights’ Direction: Advocacy, Negotiation, and Money as Tools for Realising the Right to Education for Pregnant Girls in Sierra Leone During the Ebola Epidemic

One of the consequences of the Ebola crisis was school closures across the subregion. In Sierra Leone, where the authors were based working for the Irish government, a significant increase in teenage pregnancy was reported during the crisis. This was attributed, in part, to the school closures and, in part, to other issues, such as increases in the vulnerability of girls due to Ebola. Much as this picture was bleak, sometimes in a crisis comes unexpected opportunity. Pregnant girls were, de facto, banned from attending school in Sierra Leone prior to Ebola. However, the Ebola outbreak led to an increased awareness of the Sierra Leonean government leadership of the scale of teenage pregnancy in the country. This led to a new partnership of the government of Sierra Leone with the members of the international community, led by Irish Aid, to provide access to the formal education system for pregnant girls. Fourteen thousand, five hundred girls benefited from this programme in its first year, although significant dilemmas and challenges were also encountered. Lessons include the benefit of international actors working closely with government to identify opportunities on issues of concern and to negotiate improved programmes, and then being adaptable enough to support and fund improved programmes if they emerge.

Sinead Walsh and Emma Mulhern worked for the Irish Embassy and the Irish Aid programme in Sierra Leone before, during, and after the Ebola crisis. Sinead was the Ambassador of Ireland to Sierra Leone and Liberia, based in Freetown from 2011 to 2016. Emma was Programme Advisor for Gender in 2014 and 2015.

Cite this chapter as:
Walsh S., Mulhern E. (2019) A Step in the Rights’ Direction: Advocacy, Negotiation, and Money as Tools for Realising the Right to Education for Pregnant Girls in Sierra Leone During the Ebola Epidemic. In: Schwartz D., Anoko J., Abramowitz S. (eds) Pregnant in the Time of Ebola. Global Maternal and Child Health (Medical, Anthropological, and Public Health Perspectives). Springer, Cham. https://doi.org/10.1007/978-3-319-97637-2_26