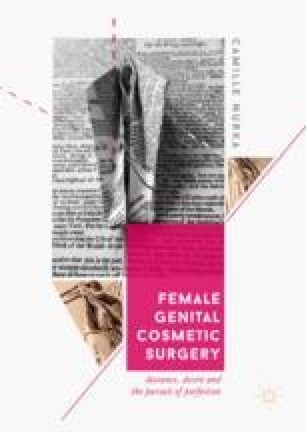 This chapter looks at the contribution of twentieth-century American gynaecologist and sexologist Robert Latou Dickinson to the historical construction of hypertrophy of the labia minora. In 1902, Dickinson presented the theory that, contrary to popular belief, hypertrophy of the labia minora was not a racial feature, but acquired through the habit of masturbation. He supported this finding with detailed clinical descriptions and illustrations of the vulvas of his female patients. This chapter draws on Dickinson’s anatomical studies to argue that the Freudian twentieth century nurtured the growth of psychiatric theories correlating abnormal genital anatomy and abnormal desire. A new and sophisticated science of the mind shifted the medical gaze away from the archetypal ‘Hottentot apron’ toward a theory of sexual perversion. When white neurosis became the main model of explanation for genital abnormality, anthropological studies of black women were pushed to the periphery. This chapter looks at how the hypertrophied labia minora became part of a process of ‘hysterisation’, which made women’s bodies and desires the targets of medical interrogation and analysis. In the medical discourse of female nervous illness, hypertrophied genital organs became a powerful signifier of deviant female sexuality.

Labia Minora Labial Hypertrophy Robert Latou Hottentot Apron Nymphomania
These keywords were added by machine and not by the authors. This process is experimental and the keywords may be updated as the learning algorithm improves.
This is a preview of subscription content, log in to check access.