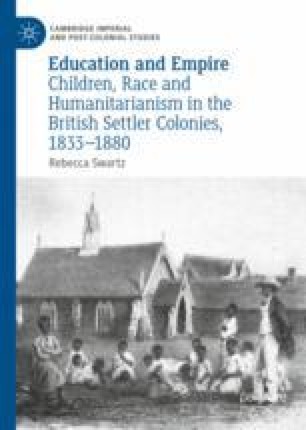 This chapter investigates the ways in which schools operated as sites of enquiry and knowledge production in the 1860s. The educational space provided an important source of information about Indigenous people. Schools were often the only point of contact between Indigenous people, particularly children, missionaries and the colonial state. School records and reports could be used to measure the progress of civilisation, but also to define and quantify racial difference. Schools were also critical to providing information to Indigenous people about what it meant to be civilised, Christian and British subjects. The chapter draws on Florence Nightingale’s correspondence and study on native colonial schools across the Empire, as well as on Robert James Mann’s writing on Africans in Natal.