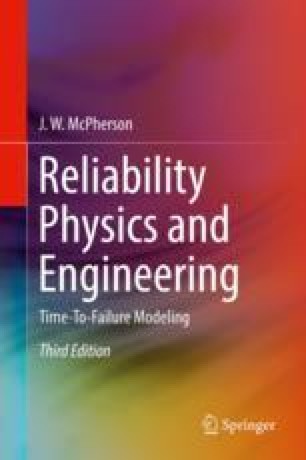 Engineers are constantly confronted with time issues. Applying a constant stress and waiting for failure can be very time-consuming. Thus, it is only natural to ask the question—does a rapid time-zero test exist that can be used on a routine sampling basis to monitor the reliability of the materials/devices? The answer to this question is often yes and it is called the ramp-to-failure test. While the test is destructive in nature (one has to sacrifice materials/devices), it is generally much more rapid than conventional constant-stress time-to-failure tests. The relative quickness of the test also enables the gathering of more data and thus the gathering of better statistics.