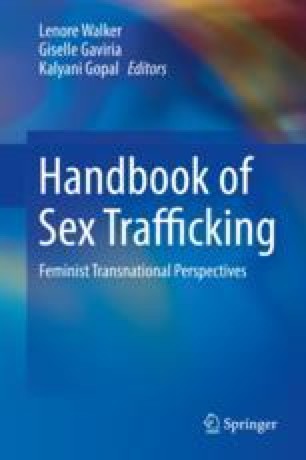 It may seem unthinkable for sex trafficking victims to eventually become the traffickers who recruit victims into the same industry of abuse, pain, and exploitation that they had been forced to endure, it is important to understand that the identities of victims and perpetrators are not distinctly separate from one another (Siegel and Blank, Global Crime 11(4):436–447, 2010). Exposure to the complex dynamics and traumatic experiences of the sex trafficking industry alters the way victims behave, think, and perceive the world around them. Neurobiological research has provided substantial evidence that the development of the brain’s structural and functional capacities is directly shaped by the interactions that individuals have with their environments and their relationships with other people. These developmental concepts are particularly relevant to child victims of the sex trafficking industry because the neural structures in the brain responsible for constructing their sense of reality will be based on violent, abusive relationships (Siegel, The developing mind: how relationships and the brain interact to shape who we are, 2nd ed. Guilford Press, New York, 2012). Victims of human trafficking may have trouble conceptualizing their own identities and have learned to detach from overwhelming emotional experiences such as trauma (Van Der Kolk, Ann N Y Acad Sci 1071(1):277–293, 2006). The research suggests that there are three types of female traffickers: supporters, recruiters, and madams. Victims can turn into traffickers for a variety of reasons. Individuals who are trafficked as children and are raised within these traumatic, exploitive environments are especially prone to becoming trapped within them as adults because they have been raised without the proper resources, education, and experiences that would facilitate their successful integration into mainstream society. Some females may accept their “promotion” from victim to victimizer because it improves their circumstances. Girls are still socialized to believe that attention from the alpha male is an important way to gain social status in their community and in many stables where there are more than one girl being trafficked, being the favorite is considered high status.