Handbook of State Aid for Film 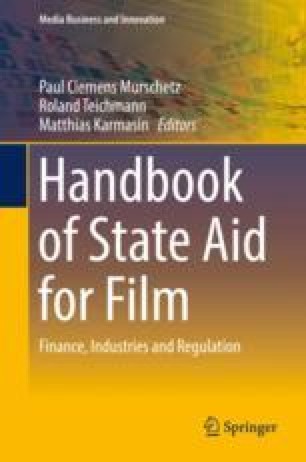 State Subsidies to Film and Their Effects at the Box Office: Theorizing and Measuring Why Some Genres Do Better than Others

This chapter explores several theoretical approaches that can be employed to measure the performance of the movies and to assess the main factors that may influence their performance. In particular, we focus on evaluating the impact of public intervention on the movie performance and its effects on genre success at the box office. From an empirical perspective, we provide some examples to highlight the impact of public subsidies on the movie performance in Italy. To this aim, we consider quantity (box office revenues) and quality (film festival awards) as two separate indicators. Specifically, public subsidies and movie genres are employed as explanatory variables to investigate the impact of public intervention and film genre on the movie performance. In this respect, we use specific methods, such as fixed-effects approach and count models, in accordance with the type of the dependent variable under investigation. The findings show that although public funding has an overall negative impact on quantity and quality, there are some differences when considering public subsidies by genre. On balance, there is statistical evidence that dramas and thrillers are the genres that should be primarily financed by public agents.

Appendix 111: Trend of State Subsidies in the Italian System

Other types of public finance aids to movies were issued from the end of 1990 onwards. The trend of the share of the Italian movies in terms of the number of new movies presented in the Italian cinemas, after FUS, was similar to that of the revenue market share until the end of 1990, although higher in the last decade. The number of new Italian movies as a share of the total number of new movies released in Italian cinemas, that was between 33.5 and 31.8% in the 3 years before 1985, went down to an average level of 25.8% in the first 5 years of the FUS. Then, it declined with a certain volatility to <25.0% until 1996 and reached the maximum level of 40.96% in 2008, after the new law was issued, which provided tax incentives. The share of the market in terms of revenue of the Italian movies was smaller than that of the foreign movies, but still they had a recovery because of the new ways of financing other than the FUS.

The dataset consists of 754 movies produced in Italy and exhibited during the period 2002–2011.

For each movie, the following variables were collected:

The seldom used iis command declares the time dimension of the dataset without the need of declaring also the panel variable as in xtset.

The first loop generates iteration variables between genre and subsidization. The command foreach calls variables from the list comedy, drama, thriller, documentary. The second loop is then used to generate a dummy variable that takes value 1 if a movie belongs to a given genre but did not received public funding and 0 otherwise.

To discriminate between random and fixed effects, the Hausman test is performed.

Poisson regression fits count models, that is, the number of occurrences of an event. Here, the condition if festivals > 0 limits the estimation to those movies that competed at film festivals. The irr option reports estimated coefficients transformed into incidence-rate ratios, that is, β r rather than β i . Standard errors and confidence intervals are similarly transformed.

With the same restriction as above, the model is estimated with a negative binomial. In this model, the count variable is believed to be generated by a Poisson-like process, except that the variation is greater than that of a true Poisson.