The Sources of Secularism 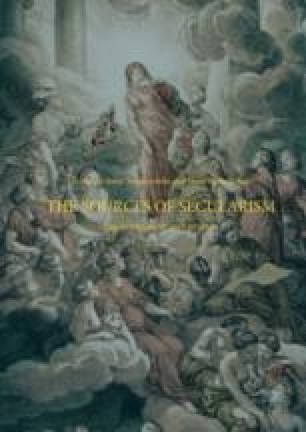 Kant on Freedom of Thought

When terror spread in France in the aftermath of the French Revolution and Prussia started to suppress “subversive” Enlightenment writings, Kant was famously prohibited by Frederick William II from publishing on religious matters. He dutifully observed this prohibition. However, soon after the monarch’s death in 1794, Kant not only immediately published again on religion, but also published his reply to the monarch in the preface of the Conflict of the Faculties. As Karl Vorländer remarked, many of Kant’s readers were struck by what seemed to be a reservatio mentalis on Kant’s part: the ambiguous way he expressed his commitment not to publish on religious matters in order to allow him to be free of obligation as soon as the monarch died. Further, Kant’s tone also gives the impression that he was proud of this manoeuvre. All this stands at odds with Kant’s categorical prohibition of lying in his ethical writings. In this chapter, I argue that we should not be surprised by Kant’s attitude. There are several aspects of Kant’s theory which not only excuse such behaviour, but would positively entitle Kant, or indeed any author, to such conduct when facing censorship of their works. These aspects, I will show, are his conception of the duty of truthfulness as involving some latitude in the degree of disclosure, his views on freedom of thought and communication, and on justified state interference in academic speech. I conclude with a formulation of Kant’s conception of freedom of thought.