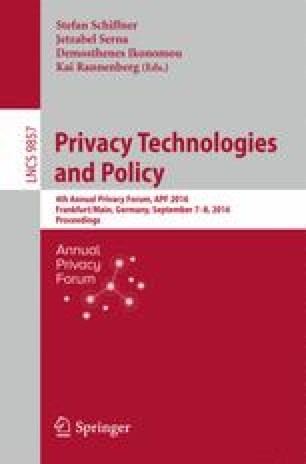 Recently, several privacy-enhancing technologies for smart grids have been proposed. However, most of these solutions presume the cooperation of all smart grid participants. Hence, the privacy protection of consumers depends on the willingness of the suppliers to deploy privacy-enhancing technologies. Since electrical energy is essential for our modern life, it is impossible for consumers to opt out. We propose a novel consumer-only (do-it-yourself) privacy-enhancing approach under the assumption that users can obtain their energy from multiple suppliers on a distributed market. By splitting the demand over multiple suppliers, the information each of them can collect about a single consumer is reduced. In this context, we suggest two different buying strategies: a time and a sample diversification strategy. To measure their provided level of privacy protection, we introduce a new indistinguishability metric \(\lambda \)-Indistinguishability (\(\lambda \text {-IND}\)) that measures how relative consumption changes can be hidden in the total consumption. We evaluate the presented strategies with \(\lambda \text {-IND}\) and derive first privacy boundaries. The evaluation of our buying strategies on real-world energy data sets indicates their ability to hide load profiles of privacy sensitive appliances at low communication and computational overhead.

Smart Grid Privacy Protection Load Sample Statistical Distance Load Profile
These keywords were added by machine and not by the authors. This process is experimental and the keywords may be updated as the learning algorithm improves.
This is a preview of subscription content, log in to check access.

This work has been co-funded by the German Federal Ministry of Education and Research (BMBF) within CRISP, by the DFG as part of project A.1 within the RTG 2050 “Privacy and Trust for Mobile Users” and by the Hessian LOEWE excellence initiative within CASED. At the time this research was conducted, Stefan Schiffner and Mathias Fischer were part of CASED at TU Darmstadt. Stefan Schiffner is currently employed at the European Union Agency for Network and Information Security (ENISA). The content of this article does not reflect the official opinion of ENISA. Responsibility for the information and views expressed in therein lies entirely with the authors.

To derive an optimal distribution strategy under \(\lambda \text {-IND}\), multiple steps are necessary. First, we discuss the idea of probability transports. Then, given an input distribution and a new desired mean, we construct a new distribution with the specified mean, which has the least statistical distance to the input distribution. Finally, we compute the distinguishing advantage against this construction.

Probability Transport. A probability transport is the change of occurrence probabilities of two values in a (discrete) distribution. Transporting probability \(y>0\) from \(x_s\) to \(x_d\) implies that the likelihood to observe \(x_s\) decreases, while the likelihood to observe \(x_d\) increases by y. Given two distributions \(P_0\) and \(P_1\) that are separated by one transport, the change of mean \(\varDelta \mu = \mu ^1 - \mu ^0\) can be computed by \(\varDelta \mu = (x_d - x_s) \cdot y\), where y describes the transported probability, \(x_s\) the source, and \(x_d\) the destination value.

Distinguishing Advantage. Given this construction, we show how the first distribution \(P_0\) should be chosen, such that construction produces a pair of distributions that is the least distinguishable pair of distributions for the means \(\mu _0\) and \(\mu _1\). A transport from \(x_s = 0\) to \(x_d = d^1\) provides the best and thus least increase in the adversaries advantage while increasing the mean. Thus, we deduce that distribution \(P_0\) needs sufficient probabilities \(P_0(0) \ge y\) for a transport from 0. If this is the case then only one transport from 0 to \(d^1\) is necessary to construct \(P_1\) from \(P_0\). A transport from some \(x_s > 0\) implies that a larger amount has to be transported and therefore would result in a larger statistical distance.