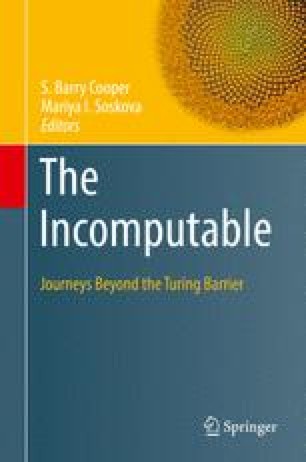 This is part of the Turing-inspired Meta-Morphogenesis project, which aims to identify transitions in information-processing since the earliest proto-organisms, in order to provide new understanding of varieties of biological intelligence, including the mathematical intelligence that produced Euclid’s Elements. (Explaining evolution of mathematicians is much harder than explaining evolution of consciousness!) Transitions depend on “construction kits”, including the initial “Fundamental Construction Kit” (FCK) based on physics and Derived Construction Kits (DCKs) produced by evolution, development, learning and culture. Some construction kits (e.g. Lego, Meccano, plasticine, sand) are concrete using physical components and relationships. Others (e.g. grammars, proof systems and programming languages) are abstract, producing abstract entities, e.g. sentences, proofs, and new abstract construction kits. Mixtures of the two are hybrid kits. Some are meta-construction kits able to create, modify or combine construction kits. Construction kits are generative: they explain sets of possible construction processes, and possible products, with mathematical properties and limitations that are mathematical consequences of properties of the kit and its environment. Evolution and development both make new construction kits possible. Study of the FCK and DCKs can lead us to new answers to old questions, e.g. about the nature of mathematics, language, mind, science, and life, exposing deep connections between science and metaphysics. Showing how the FCK makes its derivatives, including all the processes and products of natural selection, possible is a challenge for science and philosophy. This is a long-term research programme with a good chance of being progressive in the sense of Lakatos. Later, this may explain how to overcome serious current limitations of AI (artificial intelligence), robotics, neuroscience and psychology.

Virtual Machine Turing Machine Mathematical Discovery Asteroid Impact Lego Brick
These keywords were added by machine and not by the authors. This process is experimental and the keywords may be updated as the learning algorithm improves.
This is a preview of subscription content, log in to check access.

My work on the Meta-Morphogenesis project, including this paper, owes a great dept to Barry Cooper, who unfortunately died in October 2015. I had never met him until we both contributed chapters to a book published in 2011 on Information and Computation. Barry and I first met, by email, when we reviewed each others’ chapters. Later, out of the blue, he invited me to contribute to the Turing centenary volume he was co-editing [11]. I contributed three papers. He then asked me for a contribution to Part 4 (on Emergence and Morphogenesis) based on Turing’s paper on morphogenesis published in 1952, 2 years before he died. That got me wondering what Turing might have done if he had lived another 30–40 years. So I offered Barry a paper proposing “The Meta-Morphogenesis Project” as an answer. He accepted it (as the final commentary paper in the book), and ever since then I have been working full-time on the project. He later encouraged me further by inviting me to give talks and to contribute a chapter to this book. As a result we had several very enjoyable conversations. He changed my life by giving me a new research direction, which does not often happen to 75-year old retired academics! (Now 5 years older.) I wish we could continue our conversations. I also owe much to the highly intelligent squirrels and magpies in our garden, who have humbled me. Finally, my sincere thanks to Ronan Nugent (Senior Editor, Springer Computer Science) who took on the enormous workload required for dealing with the final corrections.

Cite this chapter as:
Sloman A. (2017) Construction Kits for Biological Evolution. In: Cooper S., Soskova M. (eds) The Incomputable. Theory and Applications of Computability (In cooperation with the association Computability in Europe). Springer, Cham. https://doi.org/10.1007/978-3-319-43669-2_14