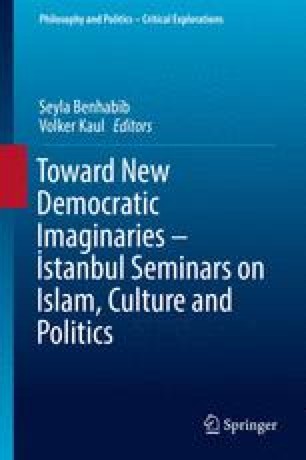 In this article I review two contrasting approaches to Muslim women’s rights: those that want Muslims to secularize the Qur’an as the precondition for getting rights and those that emphasize the importance of a liberatory Qur’anic hermeneutics to Muslim women’s struggles for rights and equality. As examples of the former, I take the works of Nasr Abu Zayd and Raja Rhouni and, of the latter, my own. In addition to joining the debates on Muslim women’s rights, this exercise is meant to illustrate that secular attempts to undermine Islam also undermine the prospects for rights and democracy in Muslim societies. In fact, I see the secular project in Muslim societies as a form of self-harm. Lastly, I revisit Antonio Gramsci’s critique of democracy as a way to query the title of the İstanbul Seminars, ‘The Promises of Democracy’.