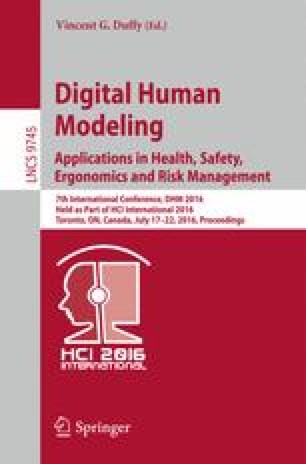 As the population ages, the number of elderly people who require nursing care continuously increases. In Japan, as of October 2012, a total of 5.49 million qualification certificates were issued to those elderly requiring support, as well as those requiring long-term care in their daily life. Japan’s long-term care system is being promoted based on the philosophy of a society supporting individuals to preserve a dignified lifestyle. However, along with Japan’s rapid aging society, experts in nursing care among experts on different fields are also growing old, remarkably low birth rate poses another challenge in transfer of these expertise to young generations later. In this study we present an experiment that will analyze the attributes of every core skill we identified during our previous study which mapped the core skills of the expert that is needed in conducting an effective participatory music therapy in a nursing home facility. By identifying attributes, much deeper understanding of every core skill was gained, and a better and smoother skill transfer from an expert to a successor performer was attained.

The number of elderly people who require nursing care is increasing as the population ages. As of October 2012, there were 5.49 million people in Japan with Certificates of Required Support or Certificates of Required Long-Term Care, who require some kind of care in their daily lives. Therefore, high quality caretaking services are being promoted based on the idea of a society supporting “individual, dignified lifestyles.

However, along with Japan’s rapid aging society, experts in nursing care among experts on different fields are also growing old, remarkably low birth rate poses another challenge in transfer of these expertise to young generations later. (The Transfer of Expertise in Conducting a Participatory Music Therapy during a Combined Rehabilitation-Recreational Program in an Elderly Care Facility, Yamamoto 2015).

In Japan, music therapy has been introduced not so long ago as a new recreational and rehabilitation therapy. Activation of the brain, strengthening of the muscles for swallowing, and emotional and mental stability are just few of the most common beneficial effects improving the mind and body functions. It as well aim to improve of daily quality of life among the recipients. It has since been a standard for the elderly welfare care facilities of to provide recreational events, and recreation has also been the main in the life support provided by Day Service Institutions (Yamamoto 2015).

The setting of our study is a paid nursing home facility in Japan. Providing music therapy in the said facility has yield positive results, and we have felt the need for the expansion of the program to our other facility so that other residents could have access to music therapy.

However, offering sustainable service has always been a challenge to the currently short-staffed and notoriously high turn-over rate caregiver work in Japan (Yamamoto 2015).

Another condition that poses challenge to skill transfer is that studies found that as the expert’s expertise increases, mental representations become more abstract, making it hard for them to give educational instructions to successor. For example in an electronics trouble-shooting task, Gitomer 1988 found that more skilled technicians viewed an electronic device as a system of components, and conducted trouble shooting by following a conceptual model of the circuit. Less skilled technicians assumed that “there must be a short somewhere” and spent more time switching, using a trial-and-error procedure (Hinds et al. 2001).

Trial and error skill transfer procedure in the already time constraint working environment in nursing home would cause great burden to the expert staff. So, in order to cope up and meet the increasing demand for the provision of higher quality nursing service to the residents in the elderly facilities, we believe that researches on transfer of certain nursing skills is indispensable (Yamamoto 2015).

Many research works are being carried out to improve nursing services, however, studies related to sustainability of operation like research on skills transfer are not given much emphasis. In fact, our query on any research pertaining to transfer of expertise and skills in the nursing field in Japan yield us very limited result. (Yamamoto 2015).

In our previous study, we studied how to be able to transfer skills effectively by careful analysis of the technique used while performing. It was aimed to identify the set of skills needed for the rendition of an effective music therapy. We begin by analyzing the common techniques employed by expert performer, as characterized by her use of time, decisions and actions while performing a participatory music therapy in a paid nursing facility.

However, in this particular study, our aim was to define the attributes of every skill identified in the previous research.

1.2 Research Trends and Significance of the Study

In Japan, in the paper, Effects of Music Therapy for Dementia: A systematic review (Watanabe 2005) suggested that after reviewing researches published within the past 20 years, they have found out that along with the findings of Koger, music therapy is an effective intervention for dementia.

In a separate study, that was conducted in a long term-care health facility, Kuwahara (2001) stated that music has physiological and mental effects on human being. Their work found significance on the activities, whether it is a music therapy or music recreational activity.

However, along with Japan’s rapid aging society, experts on different fields are also growing old, remarkably low birth rate poses another challenge in transfer of these expertise to young generations later. Problems in skills transfer is not just being a business entity issue but becoming a Japan national issue as well (Gijutsu・Ginou Denshou no tame no Ginou Bunseki to Manyuaru Kousei no Houhou, Mori 2001).

Having the same commitment with our previous study, this study will be a significant endeavor in the transfer of expertise in music therapy. Not only the expert and successor performers would benefit when they employ the learning from the training tool for transfer of expertise that will be created, but if we are able to create more successor performers, it is the end-user of music therapy, who are residents in the paid nursing facility suffering from dementia would greatly benefit from this study. By understanding the specific skills to consider in order to render an effective music therapy, smooth transfer of skills from expert and successor will be assured.

As with the previous experiment, we have employed grounded theory method, it is a systematic generation of theory from data that contains both inductive and deductive thinking. One goal is to formulate hypotheses based on conceptual ideas. Generally speaking, grounded theory is an approach for looking systematically at (mostly) qualitative data (like transcripts of interviews or protocols of observations) aiming at the generation of theory. Sometimes, grounded theory is seen as a qualitative method, but grounded theory reaches farther: it combines a specific style of research (or a paradigm) with pragmatic theory of action and with some methodological guidelines.

2.2 Subjects and Location of Study

The same two subjects from our previous study were considered in this experiment: An expert music performer, (Female, 54 years old, with a total of 49 years of piano recital experience, 6 years of which is music therapy related, with averaging 2 performances a month) and a successor, (Female, 25 years old, with 19 years piano recital experience. Both subjects were working in the elderly nursing facility. The expert is a care manager with a total of 13 and half years of experience in the field of caregiving, and the successor is a caregiver with 1 year and 10 months experience in caregiving field. See Table 1.
Table 1.

Data of the subjects

The setting of our study is a paid nursing home facility in Japan. The facility houses 73 residents, with about 80 % of them affected by dementia or having dementia symptoms. We have created the music therapy program to address dementia as well as to prevent it’s onset on the residents.

The facility is within a network of 40 paid nursing care branches which caters different kinds of recreation to their residents. The mean participation rate for every event is shown below. See Table 2.
Table 2.

Our objective is to formulate hypotheses based on conceptual ideas presented by the expert performer. This study is sought to define the attributes of the skill set identified in the previous research. We then validated the effectiveness of the skill transfer process by looking into the data on the resident’s mean participation rate for music therapy performed by the expert and successor.

Video footage of the actual performance served as an important medium that was used in analyzing the performance process, and profiling the core skill requirements. After which when the core skills were identified in the previous study, every core skill attributes were defined in this study.

While watching the video footage of their own performances, the expert and successor were ask questions focusing on analyzing the performance protocol. Data gathered from these recorded interviews were used in mapping the core skills in the previous study and then later on, was also used in this study to define the attribute of every skill (Fig. 2).

Interview data which consisted 30 pages has been compiled for process analysis and core skill mapping in the previous study and then used here in order to be able to define the attributes of the skills (Fig. 3).

2.3.2.2 Analysis on the Usage of Time During Performance.

Attention is a high-priced commodity especially in performances (Yamamoto 2015). In this experiment, we tried to analyze the difference in usage of time between the expert and successor. Rendition time of song and exercise as well as time used in between songs were analyzed. A much easier to understand graphical representation was employed in this study than in the previous one.

To measure the effectiveness of the skill transfer, we have gathered the data on the participation of the residents in all recreational activities for the period of one year in all our 40 paid nursing care facilities and compared it to the data gathered after the skills transfer.

Figure 4 shows the flowchart we followed starting from video shoot of the actual music therapy until the performance process analysis.

Analysis on the Usage of Time During Performance.

On Figs. 6 and 7, the usage of time by the expert and successor were compared. Attention was given to three variables, namely rendition duration, others recreation and rendition interval.

Participation rate after the transfer

Transfer of expertise. Explicit knowledge like improving performance through optimization in the usage of time is comparably easier to attain because there are exact representation for every unit of time. However, tacit knowledge which is learned through experience is comparable to a very complicated formula, whereas sometimes the expert himself experiencing difficulty in articulating the knowledge in words, thus difficult to share with others.

As there were visual reference, devising a technique on the effective use of time seemed it will not require enormous effort to get solved, however, we feel that, if mapping of core skills has not taken place, it seems it would be difficult for the expert to share her expertise on the matter, as she herself could not explain in clear details the specifics of her actions and reflex.

By defining the attribute of every skill, as in this study, not only it reveals the foundation of the specific skill, but it also clarifies the rationale behind the need for a particular skill in the whole performance process.

As there are other fields in the nursing care needing more experts and specialist, more of the same kind of this research is recommended.

This study also implies that good performance depends on the preparation and utilization of the core skills. Through the mapping of the core skill, as well as being able to define the attribute of each skill, requirements for a good music therapy performance had been made clear not only to the successor, but as well as to the expert herself.