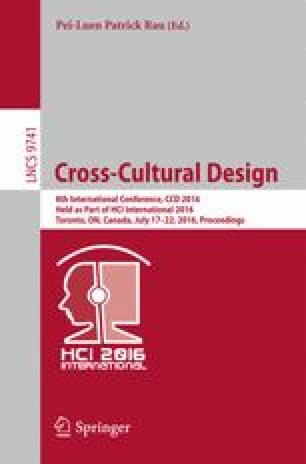 Do You Trust One’s Gaze? Commonalities and Differences in Gaze-Cueing Effect Between American and Japanese

Direction of others’ gaze can guide one’s attentional orientation, an effect called the gaze-cueing effect. The present study examined relationships between the gaze-cueing effect and general trust (i.e., a cognitive bias in benevolence of human nature) across participants in the United States and Japan. American participants voluntarily followed the non-predictive cueing gaze irrespective of their general trust, while Japanese participants voluntarily ignored the gaze in response to the levels of their general trust. These results were largely consistent with the previous suggestion that Westerners tend to focus on an object independent of its context while Asians tend to attend the context and implies that individuals’ general trust levels may modulate early-stage visual processing such as detecting a visual object.

A basketball player can pass the ball to another player without directly looking at the player (so-called “no-look pass”), to trick opponent players. This example shows one aspect of human visual processing in the context of interpersonal nonverbal communications. More specifically, the visual system serves to modulate attentional orientation in response to others’ social cues, i.e. socially relevant stimuli, such as pointing gesture, eye-gaze direction, head orientation, or body orientation [1, 2, 3, 4, 5, 6, 7].

Previous research examined how the gaze perception influences observers’ attentional orientation [2, 3]. Friesen and Kingstone [3] presented the face stimulus with gaze directed to the left or right side at the center of the display, and then a target dot on either the left or the right side of the face. They asked participants to press a button as soon as they detected the dot regardless of the direction of the cue. They found that when the target appeared at the cued direction, the reaction times (RTs) were shorter, as compared to when the target appeared at the opposite side from the gaze direction, an effect termed the gaze-cueing effect. The fact that this effect occurred even when a stimulus-onset asynchrony (SOA) between the gaze and target was short (around 100 ms) indicates that the visual system automatically and involuntarily directs attention to a side of the visual field that the gaze is directed to. In other words, the visual system automatically and involuntarily directs attention to the direction of the gaze, potentially demonstrating the reflexive nature of human sociality. Advancing this knowledge, Bayliss and Tipper [8] reported the evidence that the reliability of gaze direction (i.e., how often each face stimulus looked to the target location) can influence observers’ personality judgments of each facial identity. Their experiment contained three types of faces; faces always directing their gaze to the target (predictive-valid faces), faces always averting their gaze from the target (predictive-invalid faces), and faces directing and averting their gaze to/from the target with equal proportions (non-predictive faces). After the experiment, participants evaluated predictive-valid faces as more trustworthy than predictive-invalid faces. Their results indicate that their perception of the gaze that contains behaviorally relevant information can modulate evaluation of trustworthiness.

Although the previous study has shown that gaze perception alters observers’ personality judgment [8], it is unclear how the observer’s personal tendency affects gaze perception or the following cognitive processing. The present study examined the relationship between the gaze-cueing effect and observers’ general trust. General trust is a cognitive bias or a belief in benevolence of human nature in general, a construct known to differ across individuals in Japan and the United States [9]. Also, it is suggested that people who have higher general trust are more likely to be deceived by others [10]; in contrast, people who have lower general trust are less likely to be deceived by others. Therefore, investigating whether general trust predicts the magnitude of the gaze-cueing effect would provide us an important clue about at which stage of visual processing personal tendency, or general trust, is determined.

2 Experiment 1: Effects of General Trust and SOAs on Attentional Orientation for Japanese Participants

Subjects. Thirty Japanese adults (14 males, age range 18–23 years) were recruited from Rissho University, Japan. They reported normal or corrected-to-normal visual acuity. They were blind to the purpose of the study.

Stimuli. Stimuli mirrored those used in [3], and were drawn in black on the white background. A round face subtending 6.8° contained two eyes (two circles subtending 1.0°), one nose (one circle sub-tending 0.2°), and one mouth (one straight line of 2.2° in length). The two eyes were separated by a gap of 2.0° with each other, and were located 0.8° above the central horizontal axis. The nose was located at the center of the display and the mouth was located 1.3° below the nose. The black pupils (two filled-in circles subtending 0.5°) were used as cues, by just touching left or right in the eyes. A black dot subtending 0.6° were used as a target, which located 5.9° left or right from the fixation (a red dot).

Procedure. First, general trust was measured using the general trust questionnaire [9] that contains 6 items as below.
Participants answered these questions with 7-point Likert scale respectively (1 = strongly disagree, 7 = strongly agree). Next, participants were asked to perform a speeded detection task with gaze cueing that was task-irrelevant. After participants pressed the space key, the fixation point was presented at the center of the display for 500 ms (Fig. 1). Then, the face outline without black eyes was presented. After the duration of 900 ms, black pupils were added to the face outline and indicated the gaze direction, left or right. With an SOA of either 117 ms or 700 ms, the target dot was presented at the left or right side of the face. Participants reported the location of the dot as quickly and accurately as possible. Participants were informed in advance that gaze direction did not predict the target location (validity = 50 %). The catch trials were also intermixed, in which an open circle was presented on behalf of the face outline, and participants were required to withhold their responses. Participants performed 384 experimental trials in total (128 trials in each the valid, invalid, and catch condition).

Participants reported the location of the target dot more quickly when the shortly preceding gaze predicted the target location than when it did not, replicating the gaze-cueing effect. On the other hand, the gaze cueing effect was not observed for the long SOA. This absence of the effect was likely because the participants who reported lower general trust would voluntarily and more successfully suppress perception of the gaze, which was consistent with our prediction derived from the suggestion that Asians tend to attend the context [13, 14]. That is, Japanese participants in Experiment 1 processed the cueing gaze holistically (or in a context-based manner), and thus the lower general trust helped participants with suppressing visual processing of the non-predictive gaze direction, in order not to be deceived.

Previous research indicates that Westerners process visual items more analytically than Asians. This hypothesis predicts that participants in the United States will demonstrate the gaze-cueing effect regardless of SOAs because they process the face stimulus more analytically. Furthermore, preceding studies on general trust and cultural differences indicate that general trust scores are higher among Americans than Japanese individuals [9]. Experiment 2 repeated Experiment 1 with American participants to examine these points.

3 Experiment 2: Effects of General Trust and SOAs on Attentional Orientation for American Participants

Subjects. Thirty American adults (4 males, age range 18–22 years) were recruited from Old Dominion University, VA, U.S.A. They reported normal or corrected-to-normal visual acuity. They were naïve as to the purpose of the study.

Stimuli & Procedure. The stimuli and the procedure were identical to those used in Experiment 1.

The gaze-cueing effect was observed for the long SOA as well as the short SOA. Because it was suggested that Westerners tend to focus on a salient object independent of its context [13], American participants processed the cueing gaze analytically (or in a stimulus-driven manner), thus endangering the gaze-cueing effect irrespective of SOAs. That is, American participants were unable to suppress perception of the gaze direction, even though they reported lower general trust.

Interestingly, the participants with lower general trust elicited larger cueing effects when attentional orientation was triggered involuntarily with the short SOA. This evidence presumably suggests that personal tendency, or general trust, would potentially underpin Westerners’ analytic, or stimulus-driven, visual processing, and that the lower general trust might reflexively accelerate participants to make an (over)analytic strategy of visual processing. That said, further investigations are warranted as regards this issue.

The present study examined relationships between the gaze-cueing effect [2, 3] and observers’ general trust [9], focusing on cultural influences between Japanese and American.

In Experiment 1, Japanese participants demonstrated the gaze-cueing effect for the short SOA irrespective of individual general trust, but no effect for the long SOA. As for the long SOA, the weak positive correlation between the effect and the general trust suggests that participants with lower general trust would voluntarily and more efficiently suppress the non-predictive gaze direction in a context-based manner. On the other hand, American participants in Experiment 2 demonstrated the gaze-cueing effect with both the short and long SOAs in a stimulus-driven manner. Furthermore, the effect was negatively correlated with the general trust when attentional orientation was triggered involuntarily with the short SOA; though no correlation was elicited for the long SOA. This evidence interestingly suggests that participants who reported lower general trust might reflexively accelerate to make an (over)analytic processing of visual information, which might underlie Westerners’ analytic strategy of visual processing.

In general, the obtained results are well consistent with the suggestion that Westerners tend to focus on a salient object independent of its context while Asians tend to attend the context [13, 14]; American participants voluntarily followed another’s gaze irrespective of a context (or general trust), and Japanese participants voluntarily suppressed perception of another’s gaze in response to a context (or general trust). However, it is noteworthy that American participants potentially incorporated contextual background, or lower general trust, into reflexive attentional orientation. This new finding clearly shows the different strategies in visual processing between Japanese and American.

Additionally, recent studies have shown that the representations of conventional, communicative symbols, such as pointing arrows and words, can be overlearned, thus leading to the reflexive orienting of visual attention [15, 16, 17, 18]. Because the gaze-cueing effect was correlated with the general trust differently between Japanese and American in this study, our evidence would support the concept that the gaze-cueing effect is also caused by overlearning, not by an innate tendency.

This research was supported by Grant-in-Aid for challenging Exploratory Research (#26590075), the Japan Society for the Promotion of Science to AA. Correspondence should be addressed to S. Takao, Department of Psychology, Rissho University, 4-2-16 Osaki, Shinagawa-ku, Tokyo 141-8602, Japan (e-mail: s08013477615@gmail.com).