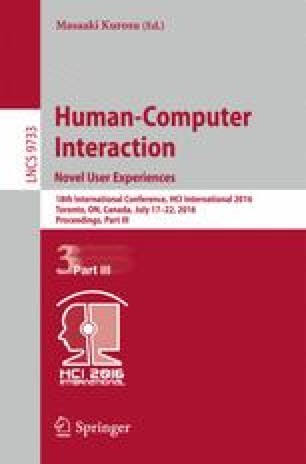 This study proposes a simulation system to improve awareness of disaster risks for a stranded commuter who is unable to get home from school, work, and the like. It shares the recollections of stranded commuters during a past disaster. The simulation system also presents a scenario for considering potential risks and making appropriate decisions. It takes advantage of the disaster experiences of others and shares them in a virtual space to promote disaster awareness. The system is expected to raise disaster awareness and preparation and allow people to take detailed disaster-avoidance measures.

Earthquakes, tsunamis, landslides, typhoons, and storms occur every year in Japan. As a result, fire stations, local community bodies, educational institutions, private enterprises, and other groups organize a wide range of drills for disaster preparation for many people in Japan. However, some people remain uninterested in such preparation, as they typically cannot imagine disasters occurring within their own areas of daily life. Even when faced with imminent danger or catastrophe, people usually do not believe what is happening. If people were always sensitive to every event, they would have to be afraid of everything and daily lives would be difficult. Within a certain range, people tend to recognize abnormality as normal. This is the “normalcy bias.” People judge a situation as all right, even if danger is approaching. This tendency more strongly exists in daily lives without any symptom of disasters. Therefore, it is necessary to develop a method that encourages people to consider the risks of disaster and become familiarized with them.

To improve people’s interest in the disasters that may occur in their area, the most effective method may be getting people to walk around their areas and to meet with others and hear them speak about their experiences of disasters in their own areas. However, such a method requires a great deal of time and effort to match people for learning and teaching.

This paper focuses on a system for commuters who become stranded and find it difficult to go home. If a large earthquake directly strikes the Tokyo area, then public transportation will be disrupted all day long and commuters will become stranded. According to the Cabinet Office of the government of Japan [1], a disaster affecting the Tokyo area will cause 6.5 million commuters to be stranded. Figure 1 shows stranded commuters in Tokyo after the Great East Japan earthquake in 2011 [2]. At that time, approximately 5.15 million people were stranded on the road [3]. There is confusion all around the station, bringing a risk of secondary disaster. Tokyo has put in place ordinance for measures concerning stranded persons [1]. The purpose of this law is to prevent people from heading home all at once. However, it is unlikely that this law will contribute to decreasing the number of stranded persons, because most people will want to go home after the disaster occurred, regardless of the laws. Therefore, people should be helped to understand the risks involved in taking immediate action to head home. There are some activities that can improve disaster awareness.

There are some activities to improve the disaster prevention awareness. A drill is an effective method for people to realize difficulty to cope with the problematic situations in disasters. The Tokyo Metropolitan Government regularly carries out large-scale disaster drills to prevent severe confusion of the commuters (ex., [4]). Neighborhood disaster response group activity and community disaster response study meetings are also recommended [5]. These drills and activities, however, take much cost to carry out and only people who have strong interest in disasters take part in them. It is difficult for the commuters who are busy every day to participate in such drills. Methods of learning what situation may happen just after large-scale disasters and how to cope with such situations more easily are required.

A few studies have been made on improving awareness of disasters. Yamamoto and Nakatani [6] proposed a disaster education system for the general population to mitigate possible damage by improving awareness of preparation for disasters. As a method to resolve the normalcy bias, their approach is to simulate the kinds of risky situations that may occur in daily life of the user. Although people may know the possible risks as general knowledge, they have difficulty realizing that risky situations may occur to them and that they will face problems. Alternatively, past disaster cases can be used as source of realistic knowledge. The problem here is that some people do not recognize the relationship between past cases and their daily lives. If the system can suggest to the user the possibility of a risky situation at a specific time of day through showing past cases that actually occurred at a similar time of day and in conditions similar to the user’s life style, the user can realize that such a situation may occur in their own life.

Figure 2 shows an example of screen image of the system.

The system provides the timeline of the day at the top-left of the screen, and the user describes his/her life pattern for a typical day as a Gantt chart. The user also describes his/her personal information, such as a residential area, an occupation, a commute method, and so on. Based on these data, in addition to selecting a season and a specific time of day, a potential risky situation is selected. The situation is retrieved from among past disaster cases with most similar conditions to the described life style. Past disaster cases are stored in the case base, indexed by the same information as the life style description.

The effectiveness of this approach was verified by the subject experiment. The result showed the improvement of awareness of preparation for disasters, although the improvement was smaller in people who are optimistic for the disaster.

This research shows the effectiveness of the case-based approach to realize the dangerousness of disasters and necessity of preparation for disaster mitigation from normal times. The system to be proposed in the next chapter also utilizes the past experiences of people who suffered from serious disasters, especially on the streets.

3 Proposal of the System

This paper proposes a photo-based walk-through virtual experience system which supports the user learn how to behave in large-scale disasters, especially when he/she is stranded and tries to return home.

The system has two functions as follows.

Our focus is on the situation when people might be at a loss about what to do. People are expected to successfully cope with such situations if they know possible problematic situations and consider countermeasures. The system supports the user to know possible problematic situations mainly with the first function, and to consider countermeasures with the second function. Of course the first function is helpful also for considering countermeasures and the second function is helpful for knowing possible situations. Both functions are provided on the photo-based street walk-through interface and the bird’s-eye view map-based interface as shown in Fig. 3. The red-circled icon shown in the map-based interface shows the current location of the user. These two types of interface work together, and the location of the user on the map changes as the user walks forward in the walk-through interface, and vice versa. In this screen, the user can refer to past experiences of other people, as balloons on the photo-based street walk-through interface and as icons on the map-based interface, which are located at the places where the corresponding experiences happened.

The first function provides the user with a certain evacuation scenario and asks him/her to behave as the scenario. For example, a scenario asks the user to cope with the situation of full suspension of the train service in a big typhoon. The user may drop in at a convenience store. He/she has to decide whether he/she tries to return home on foot, tries to find other transportation, or tries to find a shelter. The user can examine what to do on the area shown on the screen, inspired by photos.

On the streets and buildings shown in the screen, the user can refer to past experiences which were actually had by other people on these sites. These experiences show the user actual situations, which may happen to the user in disasters.

Photos of actual streets and past experiences provide such an environment that shows a wide variety of situations in which difficult decisions are required. The user can realize what kinds of situation may happen and what he/she has to decide.

3.3 Vicarious Experience of Disaster Cases of Other People

The map-based interface supports the user to know the actual route of the person and the environment around him/her. By following the route and viewing the experiences in time series in the walk-through interface, the user can experience for him/her-self what the person has gone through. By viewing the map in the map-based interface, the user can notice alternative countermeasures which could be taken by the person if he/she might knew the environment well.

As described in Sect. 3, the proposed system presents a scenario of a commuter who finds it difficult to return home. A user should be able to experience a simulated disaster in a virtual space. We must evaluate how well they can relieve the disaster experiences of others.

When large-scale disasters occur in urban areas, there are often problems in public transport, such as when trains are halted for safety checks or to conduct recovery operations. In such instances, people using public transport to commute to school or the workplace must instead walk home, which can be tens of kilometers away. Such people are referred to as stranded commuters. Many commuters can become stranded in city centers, such as in Tokyo during the Great East Japan earthquake, 2011, crowding the roads around the stations. If a large-scale disaster occurs, such an earthquake directly affecting a city, then using public transport like a railway to move many people home, in the absence of other options, will interfere with rescue activities [7]. Therefore, the Tokyo Metropolitan Government developed ordinance to handle stranded commuters in Tokyo; these measures came into force in 2013 [7]. However, in order for people to comply with this ordinance, it is important that they understand the difficulties involved in going home during a disaster and what kinds of issues they may face.

Table 1 shows the experience of an actual stranded commuter during the Great East Japan earthquake.
Table 1.

The experiences of stranded commuters in the Great East Japan earthquake

This study uses records of people’s experiences of being stranded commuters in Tokyo, as published on blogs and social networking services on the Internet. The system uses the Google Maps API and web-scripting language released by Google Inc. Furthermore, experiments to evaluate the system will be performed, targeting people who commute in Tokyo yet have never become stranded.

Each person must consider the risk of disaster on an individual basis in order to reduce the risk to his/her own life. Therefore, this paper proposed a system for simulating a disaster experience by locating recollections of others within a virtual space. With this system, we expect to improve users’ awareness of disasters. We evaluated the system by considering a scenario in which a disaster causes commuters to become stranded in Tokyo, as occurred during the 2011 Great East Japan earthquake.

In the future, we plan to compile recollections of people who have been stranded commuters in the past and to reflect these in the system. Test participants in Tokyo will be recruited and, after a preliminary experiment, an evaluation experiment will be carried out. We also wish to specifically present the experiences of others who in similar situation as that of the user.